According to a new study by analysts Messari, traders from Asia are “responsible” for about half of the daily trading volume of cryptocurrencies. In other words, it is the Asian region that leads in the activity of cryptocurrency trading compared to the rest of the world.

A report from analyst Mira Kristanto confirms that China, Japan, Korea, Hong Kong and Singapore are market leaders with large pools of liquidity. Apart from this, other Asian countries also have great potential to attract more traders.

To begin with, an important clarification: Asia in general and China in particular play a huge role in the Bitcoin and cryptocurrency niche. As it became known last year, China accounted for 66 percent of the total network hashrate of the first cryptocurrency – that is, the computing power of devices that mine BTC. This is a tremendous amount of power to keep the Bitcoin network secure. Accordingly, ideally, China accounts for about two-thirds of the new bitcoins miners receive as rewards.

We checked the actual data: today, Chinese platforms are the leaders among Bitcoin mining pools. The three pools with the largest amount of computing power – F2Pool, Poolin and BTC-com – are located in China.

That is, Asia is indeed leading in some parameters in the world of cryptocurrencies. And as analysts clarify, there are more and more of them.

Leaders of the world of cryptocurrencies

Here is one of the quotes from the report, which outlines the details of the current situation. The replica is given by Cointelegraph.

As Asia is home to roughly 60 percent of the world’s population, infrastructure companies around the world are keen to tap into this growing market.

That is, it is beneficial for cryptocurrency exchanges and other platforms to communicate with this part of the world. This means that they will pay increased attention to it in the future.

The report noted that China currently dominates in terms of so-called whale activity and larger deals. Let us remind you that in the world of cryptocurrencies, owners of a large number of coins, which can significantly influence the behavior of the market with their capital, are called “whales”. Here’s another quote from the experts.

In East Asia – mainly in China – larger deals dominate, with 90 percent of all volumes in excess of the equivalent of $ 10,000. East Asia is involved in shorter-term deals with a wider range of assets compared to North America, where the focus is on long-term bitcoin ownership.

That is, we can conclude that the West prefers mainly long-term investments, making plans for the growth of the industry on a scale of several years. But in Asian countries, they are ready to profit from short-term trade deals. And this is logical, because even small price changes in transactions with a large amount of funds bring good money.

For clarity, it is worth clarifying an important point: in mid-January, the average transaction size in Bitcoin was the equivalent of $ 250,377. At the same time, according to IntoTheBlock, a year ago the figure was equal to 14,312 dollars. This means that the activity of large players with large reserves of finance is growing.

Citing data from analytics platform Chainalysis, the report says that in the twelve months to June 2020, Asia accounted for 43 percent of global cryptocurrency activity – nearly $ 300 billion in transactions. Cryptocurrency activity in Asia alone is equivalent to the combined activity of the United States and Europe. In addition, there were several relatively large Bitcoin price drops during the Asian trading session.

The report states that of the top 20 cryptocurrencies, more than 40 percent of market capitalization is based in Asia. The region’s companies account for 94 percent of BTC futures, experts say.

By the end of 2019, six of the ten largest crypto firms in the world were located in Asia.

In addition, China is also the top region for Bitcoin mining due to its affordable electricity from ecologically damaging power plants. So in the real world, the decentralization of the crypto market is not that big, rather the opposite – the industry is still heavily dependent on Asia.

We believe the study results speak for themselves. The role of Asia and separately China is very large in the cryptocurrency industry – and this is confirmed by various indicators. This region is the most actively involved in the mining of the first cryptocurrency, that is, it makes the greatest contribution to the security of the Bitcoin network. In addition, Asian traders conduct a large number of large trades.

In this regard, it will be interesting to observe the unspoken rivalry between different regions of the world. However, wherever the activity of miners or traders increases, this will only benefit the cryptocurrency industry. 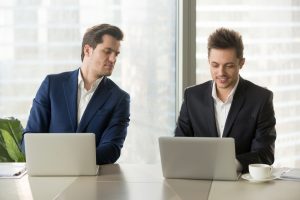