Microsoft founder Bill Gates expressed his views on Bitcoin in an interview with CNBC. It looks like Gates now maintains a neutral opinion on the cryptocurrency. Additionally, Microsoft’s current management is not yet considering investing in BTC.

That is, the company will not follow in the footsteps of Tesla, which announced a $ 1.5 billion investment in Bitcoin a week ago. Let’s talk about the situation in more detail.

So far, Tesla’s investment in Bitcoin has been headline news for the cryptocurrency industry this year. The giant’s management invested $ 1.5 billion in the first coin , making it the second largest coin holder among companies. In addition, Tesla’s representatives promised to accept BTC as payment for cars – albeit in certain countries.

Against this background, many analysts assumed that buying large batches of bitcoins would become a trend for organizations with millions of dollars free. However, Microsoft has no plans to join the coin holders just yet.

The philanthropist mentioned that his foundation uses some form of digital currency in developing regions, but it is not Bitcoin. According to him, the assets used by the organization are completely transparent. In addition, they are not related to tax evasion or illegal activities – as critics of the first cryptocurrency still think. Here is a quote from Gates on the subject from Decrypt.

I do not own bitcoins. I don’t make money from the fall in Bitcoin. I have a neutral position in relation to cryptocurrency.

That is, Gates made it clear that he has nothing to do with the cryptocurrency industry and is not trying to win on Bitcoin price movements.

In general, Bill is not sure about the future scenario for the development of the main digital asset. In addition, he does not undertake to predict its price against the background of a bullish trend in the crypto market – that is, a growth stage. The entrepreneur continues.

Bitcoin can rise and fall solely against the backdrop of mania or general views on cryptocurrency. I do not know a way to predict how the situation will develop further.

Here he tried to warn novice investors about the serious volatility of cryptocurrencies – that is, the volatility of the exchange rate. Indeed, since the coins are traded on the open market, and almost all citizens of the world with an Internet connection have access to them, various events and demand dramatically affect the rate of the cryptocurrency. She knows how to both collapse and show incredible growth. And all this in a relatively short time.

Note that this is not the first time that Gates has spoken about Bitcoin. In fact, just under three years ago, he was more pessimistic about cryptocurrency than he is today. Here is an archived quote from him.

As an asset class, it doesn’t produce anything, so you shouldn’t expect it to grow. This is a kind of investment in its purest form, based on the “big fool theory”.

We are talking about a theory that implies that, given the “lack of value” in cryptocurrencies, you can make money in this industry only by looking for a person who is ready to buy your asset at a higher price. Naturally, adherents of this theory clearly do not know the peculiarities of cryptocurrency technology, so it is difficult for them to assess their prospects.

Be that as it may, the transition to a neutral position on the part of Gates after such criticism can clearly be considered a success. It is likely that his new perspective will improve the attitude of Bill’s fans towards blockchain assets.

And while Gates is not sure about the growth of BTC, the head of the DoubleLine Capital fund Jeff Gundlach compared Bitcoin to gold – and not in favor of the latter. The investor, often referred to as the “king of bonds,” said Bitcoin was a “stimulating asset,” citing the skyrocketing price of BTC amid increased dollar issuance last year. Here is a quote from Bloomberg.

I am long-term bearish [that is, with the expectation of further depreciation – editor’s note] for the dollar and bullish for gold, but for more than six months I have remained neutral on both assets. Bitcoin can be a stimulating asset. It doesn’t look like gold is.

It is easy to understand such a change in position. Recall that the United States issued large amounts of cash as a means of “stimulating” the economy after quarantine restrictions due to the rapid spread of COVID-19. In any case, BTC has managed to bypass gold in terms of profitability several times over the years. And even now, cryptocurrency remains almost the most profitable investment in terms of the ratio of potential profit to risk.

For clarity, we present a graph of the cost of an ounce of gold in Bitcoin. The indicator is falling, which means that gold is significantly cheaper in relation to the cryptocurrency.

We believe that it is not worth worrying about Bill Gates’ neutral position in relation to Bitcoin. Firstly, he already changed his point of view from a negative one, and secondly, the massive purchase of cryptocurrency by a huge number of companies has not yet begun. This means that Microsoft’s management will have time to explore the potential of blockchain coins. 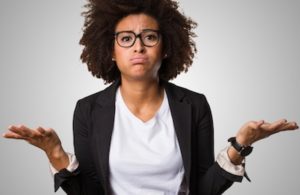