Many investors were doubting Bitcoin could surpass the $10000 USD mark, given the snap rise of BCH and a parallel flash drop in BTC mining, which drove fears of blockchain stagnation.

That happened a mere 16 days ago, and BTC prices dropped to around $5,800 USD for a brief period.

Bitcoin broke the 5-figure mark on Tuesday, November 28, 2017 and has now retreated slightly from its new all-time high to a level just below $10000 USD.

Bitcoin Dominance as Prices Stay Around $10000

Bitcoin dominance also dipped suddenly during that brief drop. BTC dominance went below the 50% mark to 48.84% on November 12th, bouncing back above the 50% line on that same day. Although it has stayed above the 50% line since, it hasn’t reached its 6-month high of 62.68% since the dip 16 days ago.

Nevertheless, prices continued to rise until Bitcoin surpassed $10000, painting a picture of diversified growth within cryptocurrency markets. Bitcoin dominance is currently at 54%, and although this recent peak at the 5-figure mark could start nudging investors to dump alts and go back to “the mothership”, it seems that funds coming from traditional currency sources are more likely to continue fueling this growth.

As Bitcoin surpassed the $10000 USD mark, it recovered some of its dominance, but the current figure is still below the 6-month high, signalling that fiat is moving into other cryptocurrencies as well. Source: Coinmarketcap.

CME plans to open Bitcoin futures trading are likely to make more fiat come into cryptocurrency markets. That doesn’t necessarily mean that grass will be greener. Bitcoin still has some issues to deal with, especially in light of the BCH onslaught and the whole marketing battle. It is important to understand that as Bitcoin surpassed $10000 USD, it was fighting for its own name.

Social media is awash with influencers calling BCH the “real Bitcoin”. So far, the markets are not buying this version of the story, but they were close to doing so 16 days ago.

Bitcoin fights for its name. Bitcoin.com owner, Roger Ver, claims that Bitcoin Cash is the real Bitcoin. Is it? What are the implications of this battle for BTC’s name? Source: Twitter

Bitcoin has its Job Cut Out!

As Bitcoin surpassed $10000 USD on an increase of fiat inflows, the game also changed. Now with CME futures and the marketing battle raging, institutional investors will also be able to short Bitcoin easily.

This increases the risk that a combination of unfortunate events, may lead to a dip like the one we saw 16 days ago without a substantial recovery. Investors and BTC holders should be aware of these risks as they enjoy the benefits of their investment.

Here at BitcoinChaser.com we live, breathe and write about Bitcoin and cryptocurrency. Interested in being featured? Give us a shout! More Posts 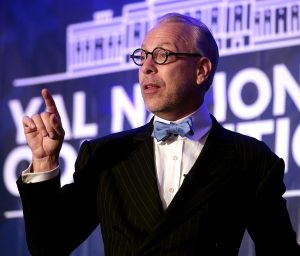 As Bitcoin Closes in on $7,000 Will Government Restrictions Succeed?