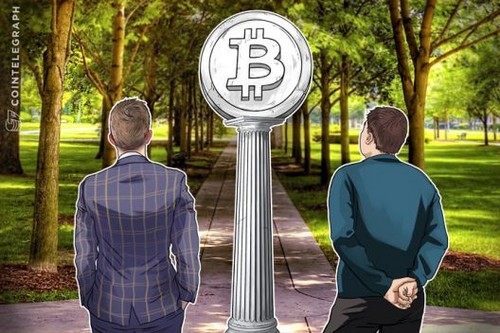 When Bitcoin is down, the Bearish come out and berate the bubble-linked digital currency. Then, when things turn around, the Bulls stampede out the gates and proffer their emotional reasoning of how this is the money revolution.

All in all, it can be quite hard to find a learned and practical opinion, but Daniele Bianchi, an assistant professor of Finance of Warwick Business School, has given his thoughts on the recent rally and why it has happened.

A lot of thought and introspection was given when Bitcoin crossed the $10,000 mark. Questions were asked as to how and why Bitcoin reached this mark, and how it did it so quickly. The digital currency even raced on past $11,000. Now it looks to be correcting itself.

How did we get here?

Despite the correction back below $10,000, it is important to understand how Bitcoin got to such a milestone in the first place. In of the key reasons is of course, like in any booming market, demand.

“Despite fears about the Bitcoin ‘bubble’ bursting, the price of the new digital coins is going through the roof. Indeed, the increasing demand pressure from investors and speculators makes the case for an even further increase in Bitcoin prices in the near future,” Bianchi explained, adding:

“As the supply of Bitcoins is kept fixed by the underlying protocol, price increases are essentially due to increasing demand.”

Bitcoin also officially declared itself digital gold when it effectively shrugged off SegWit2x. The decision by the community to not do something drastic which would haul it back to being an effective payment method – coupled with Bitcoin Cash’s rise – indicated that there could be a full go at making it an asset.

“Bitcoin is becoming more like an asset class rather than a method of payment. This is something that the public and regulators should realize to fully understand the price dynamics of Bitcoin,” Bianchi explained.

Demand boom in a tiny market

Even when the cryptocurrency market crossed $300 bln, people were reminded to compare that seemingly monumental figure against other assets. The boom and the adoption acceleration seemed terrifying for those who are nervous of a bubble, but it really was just the beginning.

“A clear sign of this is the announcement by the Chicago Mercantile Exchange (CME) Group, the world’s leading derivatives marketplace, to launch futures contracts on Bitcoin by the end of 2017. CME already publishes both a Bitcoin reference rate and a real-time index,” Bianchi concluded.

Interest in Bitcoin Rises as Prices Near $10K, but Can It Continue?