Deputies were trying to conduct a traffic stop about 9:21 p.m. Thursday night in the area of C470 and University Boulevard to apprehend Joshua Soto and Hannah Lee, wanted for bond condition violations.

Soto, 31, and Lee, 21, were on bond for multiple felony offenses to include aggravated motor vehicle theft, attempt to influence a public official and unlawful possession of controlled substances.

Soto, the driver of the vehicle, tried to get away from deputies by driving northbound on Interstate 25 at excessive speeds. The pursuit was terminated at I-25 and Dry Creek due to safety concerns.

Once the suspect vehicle was seen driving southbound on I-25, deputies re-initiated the pursuit. When the deputy tried to stop the suspect vehicle, Soto rammed the patrol car into the median barrier on I-25 and then intentionally accelerated into the patrol vehicle a second time at speeds of about 40-45 mph.

The suspect vehicle was eventually stopped near Mercury Drive or Saturn Drive and Soto and Lee were taken into custody.

The deputy injured in the crash was taken to the hospital, treated and released. He is expected to make a full recovery.

Soto remains in custody on $50,000 bond on charges of attempted homicide, first-degree assault, vehicular eluding, criminal possession of ID documents along with several other traffic-related charges.

Lee is being held on an outstanding warrant with a bond of $25,750. 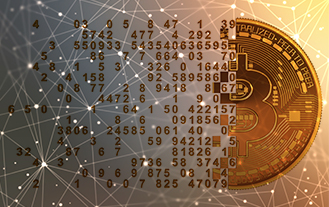 Cryptocurrency Trading Volumes Hit All Time Highs Over The Weekend

Crypto Analyst, If Bitcoin (BTC) Runs, $4300 Will Be “Very Difficult” To Break