The resignation of Robert Mugabe from President of Zimbabwe after four decades  appears to have spurred its citizens even further into the waiting digital arms of the world’s most popular cryptocurrency, bitcoin, and to a new global high of $17,875. After years of theory and debate, the decentralized currency has its real-time case study as a refuge for those seeking to store their wealth in a medium that will hold its value or better.

Zimbabwe as a Bitcoin Case Study

A local analyst noticed it “looks like people [of Zimbabwe] trust bitcoin more than anything else to maintain the value of their money. That is what’s propelling the price.” Almost immediately after the new President was sworn-in, Golix, a local exchange in Harare, showed bitcoin collecting a near twenty percent premium, lifting it to almost a clean ten thousand dollars above then-traded prices outside of the country.

The struggling nation is beset by inflationary problems the likes of which haven’t been seen since the Weimar Republic’s Reichmark days of the early 20th century.

As at least part of the reason why the Mugabe regime fell, former Minister of Finance, Ignatius Chombo was promptly arrested and charged with corruption and abuse of power. As of this writing, his bail is being reported as denied. International press outlets also report Mr. Chombo owns one hundred properties throughout the country, though he has spent the better part of the last 20 years in various low-level government agencies.

The new President, Emmerson Mnangagwa, appointed previous Minister of Cyber Security, Patrick Chinamasa, to act as Minister of Finance until a cabinet is in place.

Crypto is a Safe Haven from Fiat

Although its citizenry is smartly moving away from disastrous government-issued money, that hasn’t stopped the same state agents from issuing baffling decrees. As reported in these pages, the country’s Reserve Bank director announced recently, “In terms of the bitcoin, as far as we are concerned, it is not actually legal … and until we have actually established and come up with a legal and regulatory framework for them, it will not be allowed.”

A key aspect of cryptocurrencies is their permissionlessness. Bitcoin does not care whether it is allowed or not.

“For Zimbabweans,” Reuters reports. “the cryptocurrency seems to offer rare protection from fears of a return to hyperinflation and financial implosion. On the streets of Harare, black market rates for U.S. dollars continued to ease. It cost $140 using electronic bank transfer or ‘Zollars’ to buy $100,” down ten dollars from just a few days ago. “In the grip of acute shortages of U.S. dollars, Zimbabweans are piling into anything they think might retain value.” 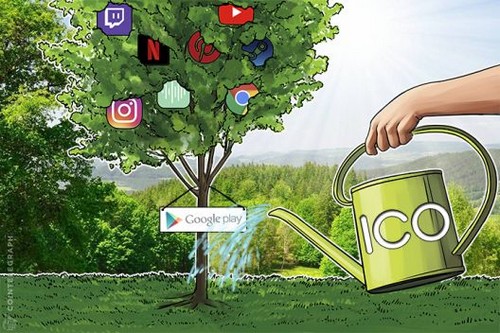 Co-Creation: PlayMarket Aspires to be Nasdaq of Google Apps