The ‘Post – JCPOA Tower: Crypto-Park’ was presented at the 2019 Evolo Skyscraper Competition. The team of designers created this project as a response to the U.S. Sanctions against the people of Iran.

If you’re one of those who think that in the crypto-verse things happen so randomly that you’ve already lost your ability to be amazed, you might want to take a walk with a few architects from around the world and see an infinite number of strange and surprising projects that will reawaken your inner child. Combine both worlds with a component of political resistance and you’ll come up with today’s news: A mining farm… running inside a water park… running inside a skyscraper… in the middle of Iran’s capital.

The building would have a height of 1837ft (560 meters) and would be built on the Abbas Abbad hill in Tehran (capital of Iran).

The walls of the building are transparent to let users enjoy the swimming pools, slides and other attractions of the water park, which would cover the entire building.

But there is something more curious than putting a water park in a skyscraper with crystal walls: Hidden among the various structures of the building is a mining farm that will operate continuously but invisible to the public.

The building was designed to satisfy the 3 components associated with mining: refrigeration, energy, and secrecy.

The designers created a set of swimming pools and water park rides that would circulate from top to bottom. In this way, the downward flow would generate some of the energy needed to run the farm and serve to cool the mining equipment at the same time.

However, the mining farm would be hidden between the floors and the structures, so it would not be part of the building’s attraction. The goal is to promote not only the tourism industry but also crypto-mining as a measure to overcome the economic crisis suffered by the Iranian people due to the sanctions imposed by Donald Trump.

The project was developed by Ilia Attarpour, Dadbeh Mohebbi Gilani and Ramtin Taherian. Nashid Nabian and Behzad Khorram collaborated in the development of the concept.

Until now it is not known whether there is any interest in building this strange skyscraper-waterpark-mining farm, but it is interesting to see how the world of cryptos is being taken into account by other industrial disciplines. 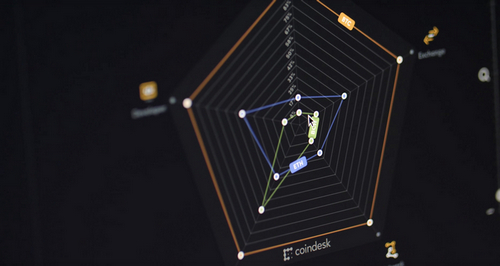 Tutorial: How to Use CoinDesk’s Crypto-Economics Explorer

The agony and joy of being gay in Africa