There are lots of reasons why this is a huge waste of money. Apprehensions of migrants trying to cross the border illegally are at an all-time low, while about a quarter of all illegal immigrants in the 12 months ending Sept. 1 were stopped at legal ports of entry, like airports. A wall would do nothing to stop those flows. There’s also no evidence that an unpatrolled barrier would actually deter border crossings in the first place. 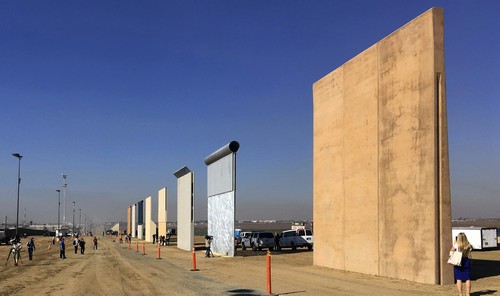 US president Donald Trump announced this week that he wants $18 billion to pay for the first phase of a planned wall along the border of the US and Mexico. Despite insisting throughout his campaign that Mexico would cough up the funds, Trump has outlined the administration’s plans for how much it would cost to build it themselves. (He’s still sticking to the line that Mexico will pay for it “in some form,” however.)

There are, however, lots of reasons to use that $18 billion elsewhere. Here are few timely ways it could be spent, ranging from the serious to the fanciful:

Feeling chilly? Few populations suffer the cold more than the roughly 565,000 homeless Americans. Finding housing for them is a complex problem, but it’s not impossible to solve, especially if the solution involves more than simply handing over housing vouchers. If other services were offered, like job training and drug and alcohol treatment, the US could work to minimize the cause of the problem. Permanently addressing homeless could be done for about $20 billion annually, according to a US housing official (paywall)—but given Trump’s self-proclaimed negotiating savvy, he surely could get it down to $18 billion.

More than three months after Hurricane Maria slammed into the island, 1.5 million residents are still without electricity. Some are expected to be without power until the end of May, which is the beginning of the next hurricane season. Restoring Puerto Rico’s power system is estimated to cost $5 billion, but the island needs more than repairs to its power system: It needs a wholesale upgrade. The median age of one of its power plants is 44 years old, compared to an industry standard of 18 years. Completely rebuilding the island’s grid—and preparing it for the next category 4 hurricane—will cost $17.6 billion, according to an industry working group. Let’s round it up to $18 billion just to be on the safe side.

There’s no greater threat to the word’s safety and stability than the specter of nuclear war—and there’s no greater provocateur on the world stage than North Korea. One easy solution to eliminating the potential of nuclear armageddon is simply buying all their weapons. With North Korea’s investment in its atomic program estimated at no more than $3.2 billion, Trump could buy their weapons and research facilities many times over. Given that North Korea’s entire 2016 domestic output was an estimated $29 billion, offering them $18 billion may be an offer too good for the hermit kingdom to pass up.

Buy the print run of Fire and Fury

Michael Wolff’s explosive new book, Fire and Fury: Inside the Trump White House,is causing no end of consternation in the Trump administration. It’s already led to Trump publicly denouncing former strategist Steve Bannon and taking to Twitter to publicly declare that he’s a “very stable genius.” While Trump’s efforts to halt its publication failed, there is another way to prevent its circulation: buying the books. All of them. The Guardian reports publisher Henry Holt is printing an initial 250,000 copies. At $18 each on Amazon, buying them all should cost just $4.5 million.Shipping them, however, could be pricey. Hopefully the president has Prime.