BlockTV, an up-and-coming crypto-centric news outlet, recently sat down with one Anthony Pompliano, a world-renowned Bitcoin (BTC) zealot, for a year-end interview. Pompliano, better known as “Pomp” to the crypto community en bloc, explained that cryptocurrencies have likely not established the long-term bottom that investors have been clamoring for.

This is a point that he echoed during recent interviews on mainstream media segments.

Pomp, formerly of Facebook’s and Snapchat’s growth team and a current partner at Morgan Creek Digital Assets, noted that BTC could return to the year-to-date lows established in recent weeks, at ~$3,150, and could fall even lower. More specifically, the investor, referencing his firm’s August target, noted that the digital asset could even fall under $3,000, which isn’t out of the realm of possibility.

On the flip side, Pomp noted that over the long haul, the calls that Bitcoin breaching $50,000 a pop, or even higher ($100,000, $150,000, or other large round numbers) “will likely be accurate.” While the crypto diehard seemed sure that Bitcoin could eclipse the aforementioned levels, the question that remains is how long will it take for that to occur.

Returning back to a short-term perspective, Pompliano, who founded crypto-friendly VC group Full Tilt Capital, explained that it is important to gauge the “consensus thought of the market” and important industry events. Explaining his point, which may seem nebulous from the surface, the investor noted that many investors believe that if a Bitcoin ETF was approved in the U.S., prices would “drastically” increase across the board. Yet, if prices were to go sideways or even stumble after such a notable regulatory green light, Pomp said that would indicate that is when “true capitulation will have occurred.”

Regulatory Clarity Will Be A Milestone

Touching on the ICO subset of the industry, Pomp explained that clarity is needed from regulatory entities, as prominent governmental bodies have yet to give a concrete, unified stance on token sales and capital raising in the cryptosphere. On one side, there is a bipartisan effort from Ohio’s Warren Davidson and Florida’s Darren Soto that will exempt ICOs and cryptocurrencies from the SEC’s jurisdiction. On the other is the U.S. Securities and Exchange Commission (SEC)’s anti-crypto actions.

Once clarity is conveyed, Pomp noted that entrepreneurs en-masse will actually go ahead with building game-changing startups.

As reported by Ethereum World News previously, Pomp took to Off The Chain, a media resource that he heads, to claim that Facebook is likely the most important company in this nascent industry, in spite of its position in traditional markets.

He doubled down on this sentiment in the BlockTV interview, explaining that the Silicon Valley giant’s purported stablecoin foray could alter this industry from the top-down. Pomp noted that even if the product was deployed in India alone, 200 million users would have access to the stablecoin, a number of users unheard of in crypto.

The Morgan Creek representative explained even if the cryptocurrency isn’t cryptographically secured (making it just a digital currency), it will have a powerful impact on the global landscape.

Legislative Regulation of Blockchain and Cryptocurrency: Important Issue Will be Discussed at Blockchain & Bitcoin Conference Finland 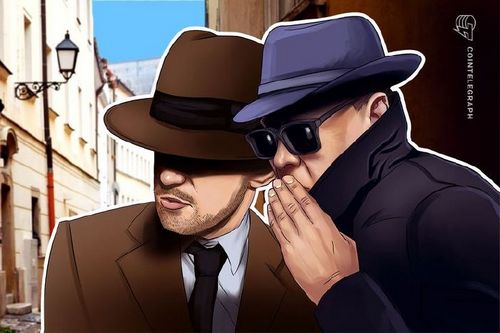