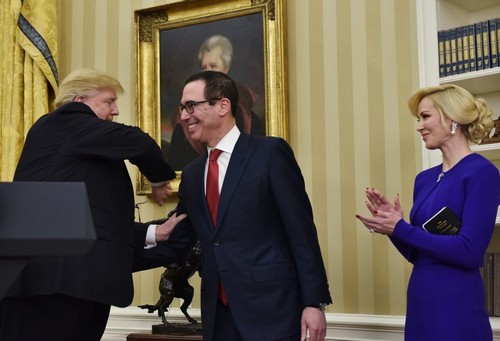 Moth to flame? Bear to honey? More money, more problems? Pick your analogy, but bitcoin’s otherworldly prices are attracting a lot of attention, and not all of it good. If bitcoin were a company, the US Treasury’s regulatory radar is just about the last blip any company would want.

“The market cap has now surpassed 100 billion dollars. People are calling it a currency. They’re using it as a currency,” began Yahoo Finance Markets Correspondent, Nicole Sinclair, on 9 November 2017, “What are your thoughts on bitcoin? And does the government plan to regulate it?”

President Trump’s Treasury Secretary, Steve Mnuchin, the 77th man to assume Alexander Hamilton’s original position, answered, “Well, it is something we are looking at very carefully,” the former Goldman Sachs banker said, “and we’ll continue to look at.” 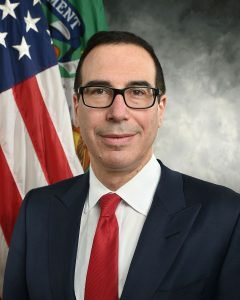 Leaving Goldman after 17 years, Mr. Mnuchin started a hedge fund and even went on to become a movie financier, funding such films as the X-Men franchise and Mad Max:Fury Road, among many others.

“So the first issue” the Secretary continued, “is to make sure people can’t use bitcoin for illicit activities. So we want to make sure that you don’t have the dark web funded in bitcoins,” he warned. “And that’s something that is a concern of ours today. So, if you’re a bitcoin dealer in the United States, you have the same know-your-customer requirements and BSA requirements,” Mr. Mnuchin stated. BSA is reference to the Bank Secrecy Act of 1970, governing money laundering.

“And those are issues I am discussing with my international counterparts. So, our number one issue is we want to make sure that this is not used for illicit transfer of funds,” he said.

In a follow up, he was asked about a timetable for possible government regulation of bitcoin. “No,” he answered flatly. “There’s nothing specific. But we do have working-groups that are looking at this. And, again, [bitcoin] is something we’ll be watching very carefully,” the Secretary reiterated.