In a recent interview, Ripple chief executive officer, Brad Garlinghouse, and Ethereum co-founder, Joseph Lubin, have criticized the current state of the ICO industry. The pair expressed concerns that although many “high-quality projects” are using ICOs as a fundraising vehicle, numerous “copycat projects” have raised money without “intend[ing] to deliver any value to the people buying the tokens.” 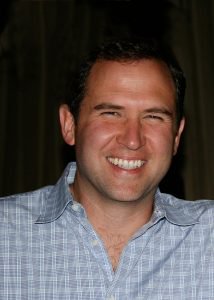 Ripple CEO, Brad Garlinghouse, expressed his belief that “a lot of what’s happening in the ICO market is actually fraud,” also mentioning the increasing number of ICOs facing litigation. Although concerned by the actions of many token sales, Garlinghouse expects that said fraudulent activity will “stop” once regulators catch up with the industry.

Garlinghouse also asserted that token issuers currently operate in a legal “gray area,” whilst they wait for regulators to catch up with the industry. The Ripple CEO suggested that the futures markets may prove to be analogous – as it took significant time to develop a regulatory framework for the futures markets.

“There are a lot of really fabulous things that get done with digital assets and blockchain technologies to reduce friction, to reduce costs, and enable things that weren’t possible before. I think instead of focusing on those, we’re distracted by what’s going on in this gray area.”

Joseph Lubin stated that although ICOs are being conducted by many “high-quality projects, …there have been a lot of copycat projects where people copy all the same materials (and) don’t intend to deliver any value to the people buying the tokens.” Mr. Lubin asserts that many of the said “copycat projects” were based in China, leading him to support China’s decision to ban token sales within its borders.

“With China’s political approach to things, and with the fraud that was rampant there, it made a lot of sense for them to pause things a little bit and get a better, deeper understanding of the ecosystem, and scare potential fraud perpetrators,” Lubin said.