A draft decree on the Belarusian High-Tech Park which would legalize cryptocurrencies is awaiting the president of Belarus to sign into law. Among other provisions, if the law is passed, cryptocurrencies and initial coin offering (ICO) tokens will be approved for circulation. In addition, exchanges can trade rubles for cryptocurrency, ICOs can be used for financing, and mining will also be allowed by law in Belarus. 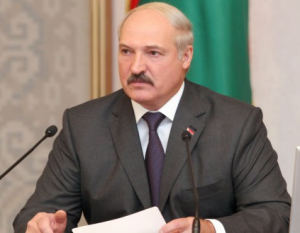 Belarus is a landlocked country in Eastern Europe, located between Poland and Russia. The country has a population of approximately 9.5 million.

In 2005, Belarus president Alexander Lukashenko signed a decree to begin an initiative to create an IT-focused special economic zone, similar to Silicon Valley in the U.S. The zone is referred to as the High-Tech Park (HTP). It is the only place in the country that provides tax benefits on a systematic basis. For example, HTP residents are exempt from income tax, value-added tax, land tax, and property tax.

In the summer of this year, a decree was prepared in order to facilitate the inflow of international investments and incorporate new technologies and innovations in the HTP. This draft decree, which has already been presented to Lukashenko to sign into law, includes provisions for cryptocurrencies and ICOs at the legislative level.

According to local news outlet Tut By Media:

The decree will introduce “into the legal field not only cryptocurrencies but also the activities of the so-called miners,” the publication detailed, noting that it will then be “possible to legally create major cryptocurrency mining centers in Belarus.” Given the surplus and low cost of electricity in the country, experts believe that crypto mining “will create additional demand for electricity on a countrywide scale,” the news outlet conveyed.

“It is expected that Belarus will have a system for the exchange of real money for cryptocurrency, in fact, such exchange points will be legalized,” Priorbank’s Head of Digital Banking Sergey Lazyuk said this week at the Sputnik press center. Priorbank is the largest private bank in Belarus. He added, “the republic would then be one of the world’s leading countries in terms of cryptocurrency development.”

Igor Mamonenko, the CEO of a leading Belarusian IT holding company, the Belhard Group, commented on the legalization of cryptocurrencies in the country. The publication quoted him saying:

The maximum legalization is needed…The existing laws do not prohibit such activity directly, but it is necessary to reform the legislation so that it protects all participants.

Belarus is also about to have its first centralized crypto exchange. Set to launch in the spring of next year, this exchange “will be the first in the territory of the Customs Union (Russia, Belarus, Kazakhstan, Armenia, Kyrgyzstan),” reported Russian government’s paper of record Rossiyskaya Gazeta. According to the exchange’s website, exrate.by, it will be:

“The decree on the HTP will introduce certain legislative changes,” Lazyuk was quoted by a local news outlet, Ej.by. While emphasizing that this issue is still under consideration, he said cryptocurrency exchanges are expected to be legalized in Belarus. “Any individuals can exchange Belarusian rubles, not for dollars and euros, but for cryptocurrencies,” the publication detailed.