The notorious former U.S. congressman, Ron Paul, is now telling FOX Business viewers to invest in bitcoin through an individual retirement account called Coin IRA. The staunch libertarian and gold bug makes his appearance on a nationally televised commercial telling millions that he’s “excited to see what bitcoin opens up.”

Ron Paul is a former Texas congressman who is well known for spreading the beliefs of libertarianism during his multiple runs for the U.S. presidency over the past decade. Paul has always had different opinions than most of his fellow politicians, as the congressman has always been against war, bolstered sound economics and alternative currencies, and has relentlessly ridiculed how big government has grown. Moreover, Paul has always been against the central banking system and thinks gold and more recently cryptocurrencies can help defeat the monopoly on money.

“It is no coincidence that the century of total war coincided with the century of central banking,” explains Paul in his critically acclaimed book called ‘End the Fed.’ 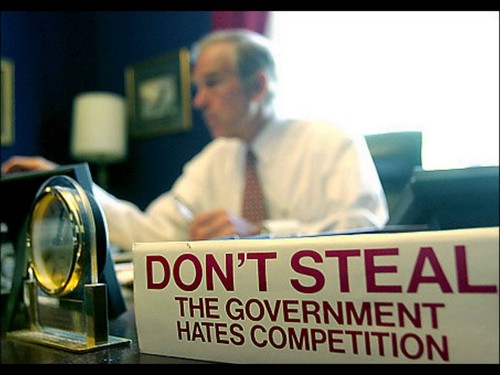 Ron Paul: ‘I’m Excited to See the Options That Bitcoin Opens Up’

Since being a believer in precious metals, over the past year or so Paul has been favoring bitcoin lately in his discussions. Now the former politician appears in nationally televised commercials for the company, Coin IRA, a firm dedicated to cryptocurrency-based retirement accounts. The company is also a subdivision of a precious metals management firm called Goldco. Coin IRA offers cryptocurrency portfolios consisting of bitcoin, ethereum, litecoin, and ripple. Paul’s commercial targets an older crowd who would typically invest in commodities like gold. During the one minute long commercial Paul explains he’s looking forward to the cryptocurrency revolution saying;

As a firm believer in currency competition, I’m excited to see the options what bitcoin opens up.

Bitcoin: ‘The Destroyer of the Dollar’

Across forums and social media, bitcoin proponents were pretty thrilled that Ron Paul is now ‘shilling’ for bitcoin retirement funds on television. “Yes, bitcoin will hasten the end of Rome — Of course, Rome is Washington DC these days,” writes a Ron Paul fan on Reddit. Of course, many of them agree with Paul’s view that bitcoin could be one of the tools that can ultimately decimate the U.S. dollar. Paul has emphasized this opinion during bitcoin’s first significant price spike that gained worldwide attention, as the Congressman explained at the time;

There will be alternatives to the dollar, and this might be one of them — If people start using bitcoins en masse, “it’ll go down in history as the destroyer of the dollar.

Now as a spokesperson for Coin IRA commercials, it seems Paul has no problem selling the idea of bitcoin and the progression of alternative digital currencies. He says if people have done their crypto-research and are ready to invest in bitcoin and other cryptocurrencies then they should learn about the retirement options available.

How Are You Using IoT Technology To Drive Business Innovation?