It’s hard to keep pace with the spate of stories surrounding institutional support for bitcoin right now. From futures contracts to bitcoin trading desks, big money is pouring into cryptocurrency. Coinbase have thrust their weight behind the growing movement, announcing a digital custody custodianship for institutions amidst a slew of similar global stories.

Big Money Gets a Big Vault

One of the biggest deterrents for institutional investors eyeing an entry into the bitcoin market is risk. Aside from risks that are inherent to the digital currency’s volatility, there’s the risk associated with holding the coins themselves. With billions of dollars at stake and no recourse should unauthorized parties make off with the funds, securing crypto assets is a major headache. Enter Coinbase.

In a blogpost published yesterday, CEO Brian Armstrong announced news of Coinbase Custody, a digital vault for institutional investors. This premium service is for the big boys only. Applicants will need at least $10 million in assets to get through the door and there’s a setup fee of $100,000. Small-time hodlers need not apply. Armstrong declared:

Our goal with Coinbase Custody is to help dramatically accelerate the flow of institutional money into digital currencies over the coming years. 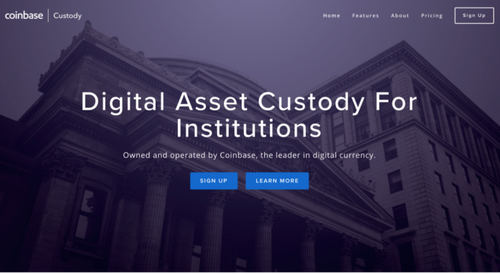 An Armor-Plated Repository for Hedge Funds

While there is no such thing as absolute trust when it comes to crypto, Coinbase have an impeccable record. With $9 billion in assets already under lock and key, they’ve shown that they can look after serious quantities of cryptocurrency. The fact that the company is US-based and fully licensed as a digital broker also works in their favor.

Futures Traders Must Lay Collateral on the Line

While Coinbase have been mitigating risk associated with storing bitcoin, CME have been following suit when it comes to trading. Specifically, they’ve been seeking to reduce their own exposure to losses from traders wagering on the price of bitcoin. Speaking to the Financial Times, CEO Terry Duffy explained that traders may be obliged to place a 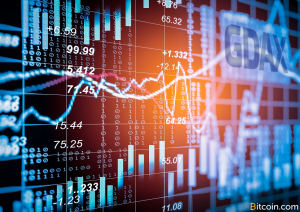 significant chunk of their futures position as collateral before they’re allowed a seat at the table.

It’s common practice for traders to post “good-faith collateral” as insurance against losing positions, but this percentage is typically in single figures. When it comes to bitcoin futures, however, “The margin is yet to be decided, but it’s not going to be standard futures margin,” explained Duffy. “This margin is probably going to be closer to 30 percent.”

Testing of CME futures could start as early as Monday November 20, before going live around the start of December.

Back to the Futures

CME aren’t the only Chicago-based entrant into the futures market incidentally – Cboe Global Markets, owners of the Chicago Board Options Exchange and BATS Global Markets, have also announced they’re getting in on the act. In Europe, meanwhile, Swiss bank Vontobel will be launching bitcoin futures as of today, Friday November 17. These “mini futures” offerings will enable traders to short or hedge bitcoin positions. Bitcoin, which was once the preserve of tech geeks, libertarians, and cypherpunks, is fast becoming a play-thing for the world’s billionaire brokers.