In the midst of Bitcoin’s wider awareness and adoption, the European Central Bank (ECB), which has previously evaluated Blockchain technology numerous times, seems to be quiet and distant from all the recent news and happenings. Or rather, this was the case until Benoît Cœuré, an executive member of the Central Bank, broke his silence stressing that they are not ignoring cryptocurrency. 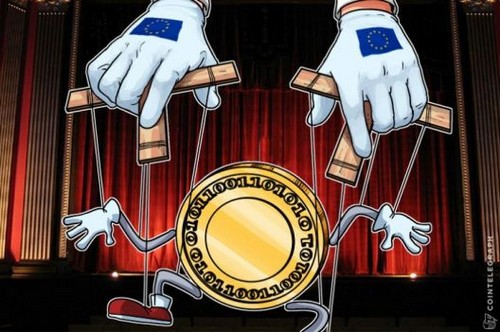 ECB is watching the cryptocurrency scene

Despite the organization not having power to regulation Bitcoin, Cœuré shared the bank’s stance on cryptocurrency in an interview with Le Journal du Dimanche on Oct. 29. He claimed that the bank is following the development of cryptocurrency, briefly elaborating their views about the Bitcoin and other cryptocurrencies.

At present, the bank does not consider digital currencies a threat to the euro. They “don’t pose any monetary risk because the amounts involved are marginal,” he said.

Central Banks across the world are closely monitoring the cryptocurrencies

“They are speculative financial instruments which create risks of a financial or even criminal nature. The central banks are following their development very closely because they can spread very rapidly, especially in countries which are moving away from banknotes and coins.”

Some nations, including Sweden, are gradually adapting cashless payments and turning to cryptocurrencies to the point that they are moving away from spending their physical bills and coins. That is why the central banks, in general, cannot just ignore cryptocurrencies. Instead, many central banks now actively monitor them.

The executive member was not the only one to comment about the cryptocurrency for the past months. In September the ECB’s vice president, Vitor Constancio, commented that Blockchain technology is not a “threat to central bank policy.”

It is followed by another comment from the ECB president, Mario Draghi who said that the organization does not have the power to regulate or prohibit cryptocurrencies.