One of the fundamental benefits of Blockchain technology is the provision of alternatives in the ways that users can retain control over their assets and revenue generation across within their fields of endeavor. 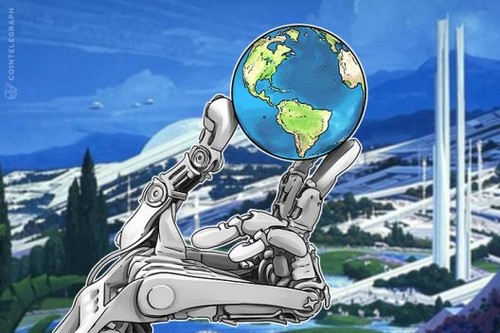 All over the technological ecosystem, anywhere Blockchain is implemented, whether explored or not, the opportunities for personal control and revenue generation are automatically inbuilt elements. These basic characteristics are playing a huge role in the level of adoption that the technology has received so far.

Blockchain is a pro-user technology

The numerous products that litter the industry and are allowing users to enjoy the benefits mentioned above and they stand as indisputable evidence to the fact that Blockchain is indeed a user-centric technology that is changing the way things are done. These existing proofs serve as sources of confidence to users who even go as far as adopting solutions that are still in their early stages of development.

From the early days of Blockchain technology and the very first Blockchain token which is Bitcoin, various benefits have been enjoyed on a global level. The transfer of data and transactions using the Blockchain relieves users from dependence on banks and intermediaries, and this enables them to take back control of their processes, enhance privacy and receive the full benefits therein without unnecessary charges. Nowadays, the community is realizing the extended viability of Blockchain technology and how individuals can employ already existing redundant assets to provide solutions while generating direct revenue for themselves in the process.

In this present era of smart technology, data gathering and transfer has become an important aspect of our daily lives. Weather forecasts, traffic congestion, regional maps and navigational tools etc, have all become valuable data that can be accessed via remote appliances such as mobile phones or other electronic gadgets. These data are usually extracted from user’s’ appliances, most often without their knowledge and distributed through central points in the form of mobile subscribers. Blockchain technology permits startups like Streamr to enable users to tokenize their own data which is gathered by their property and sell such data for monetary rewards. This system empowers its users to determine the extent of access and privacy level that they can permit while receiving the full rewards for their services.

Another industry is the A2P SMS deliveries used by corporations to send messages in the form of notifications for reservations, one-time passwords, authentication codes, etc. This service is growing in popularity and at the same time becoming a very important part of our daily lives. However, by implementing the Blockchain, companies like Birdchain is enabling Blockchain community members to utilize their unused and unlimited text messages to power A2P services and be paid in return. These Blockchain A2P SMS systems will also serve to reduce the overall cost of sending messages as the traditional maintenance of heavy infrastructure will become unnecessary and greatly reduced.

Several other products exist on the Blockchain and offer various solutions to humankind; however, decentralization is consistent with its promise of delivering the people from organized and unfair control, while offering them the opportunity to make profit as well. Products like Lendoit which enables Blockchain lending, Gladius that protects from DDoS attacks, SelfKey which enhances identity management and NetworkUnits that decentralizes the gaming industry are only a few of the numerous projects springing up to empower their users into regaining control and earning rewards from their activities.

A tool for emancipation

In the technological atmosphere, Blockchain can be regarded as the innovation which like the Internet, is out to redefine paradigms and emancipate the people from the shackles of the old order.

Apparently, this appears to be the actual power of decentralization. The fact that users across the globe can be connected on a particular platform, and independently contribute assets towards solving specific problems, exhibiting a democracy where control is decentralized down to the basic level and so is revenue sharing and rewards.