Bohner’s team at IntellectEU, a New York software startup, had the idea of a crowdfunding application for charity. They divided tasks among themselves, and hacked it together in less than 10 days. The end result is the #SpreadLoveNotCorona web app, which digitally replicates the spreading of a virus. But instead of spreading illness, it scales its impact by encouraging donations to the UN’s COVID-19 Solidarity Response Fund for WHO. Donations are recorded, and their impact tracked, using blockchain technology.

Until recently, Thomas Bohner was following all the familiar coronavirus procedures: work from home, social distance, worry about everything. Then, one night over after-work online drinks a couple of weeks ago, he started brainstorming with his team about to raise money for the coronavirus support effort.

“As a blockchain-focused company, we wanted to prove how quickly you can develop and deploy a blockchain-based application (in this case Corda),” Thomas Bohner, Vice President of IntellectEU, told CoinDesk in an email.
The idea is fairly straightforward. You sign up to donate, create a username, and then donate, before sharing a link with others, to encourage them to do the same. You can click here to view a full mock up of the app, and click through it.
The giving started with a “patient zero” and with “every infection, the tree branches out and becomes wider and deeper. In the context of our application this means more donations to charity, so the more the merrier,” writes Robbert Coeckelbergh in Medium post about the app’s technological construct.
On a leaderboard on the app, you can see how much specific usernames have raised, and who they’ve gotten involved. The leaderboard is updated every five minutes, and currently, IntellectEU tops it, having raised over $400 and “infected” or involved 77 people.
Donations are logged and verified on the Corda blockchain, increasing transparency in the donation process.
“We store the proof-of-payment (without personally identifiable information) making it possible to go back in the chain and verify every and each donation,” Bohner said. “People can go back and check their impact of sharing their personal link, this query checks the blockchain and all donations linked to that ID. The immutability and audibility of the blockchain are key characteristics here.”
Thus far, the project has raised almost $3,000. The impact can be tracked on the app.
Bohner said the application was built to support COVID-19 but could be repurposed if nonprofits want to leverage it for a good cause, like local crowdfunding or tracking and tracing for medical supplies.
“We believe blockchain as a disruptive technology definitely attracts more people to the application and brings trust in the payment flow,” he said. “Traceability and transparency are becoming more key in the charity industry and blockchain can help.”

Ring, the home security company owned by Amazon, promises to watch the world around you and keep your property safe. But the doorbell app is also surveilling its users, sending personally identifiable information out to third party vendors, according to a new report from the Electronic Frontier Foundation (EFF), the San Francisco civil liberties nonprofit.
Bill Budington, the senior staff technologist who wrote the report, tested the Ring for Android version 3.21.1 app, finding that it was sharing data such as IP addresses, full names, email address, information about whether bluetooth is enabled, and even sensor data from the device being used to access the app.
Budington identified four main companies that received this information, including Branch, which calls itself a “deep linking” platform (meaning it takes people to specific web pages or products). Facebook also received information such as a person’s time zone and was alerted when the app is opened. AppsFlyer, a big data firm, received information such as when users engage with the Neighbors section of the app, as well as where you installed the app from, and when it was first launched. Mixpanel, a business analytics company that tracks user engagement with apps, received the most identifiable data, such the number of locations a where a user has Ring devices installed, and users name and emails.
Analytics companies take these discrete forms of data and combine it with other internet user data to create a cohesive picture of device usage.
“This cohesive whole represents a fingerprint that follows the user as they interact with other apps and use their device, in essence providing trackers the ability to spy on what a user is doing in their digital lives and when they are doing it,” writes Budington.
This is the most recent in a long line of revelations involving Ring. For example, it partnered with more 400 police departments in sharing device images to accidentally exposing the data of more than 3,000 users, including login details and names of Ring devices (which are often labeled with terms like “bedroom”), and created neighborhood wide panopticons in which neighbors are surveilling neighbors, and paying for the privilege to do so.
Considering Amazon has a patent for “surveillance as a service” (delivery drones perform aerial surveillance at the property of an “authorized party”) along with its facial recognition technology, it’s worth considering how services you use to watch the world are also watching you.
Post Views: 20
Spread the love 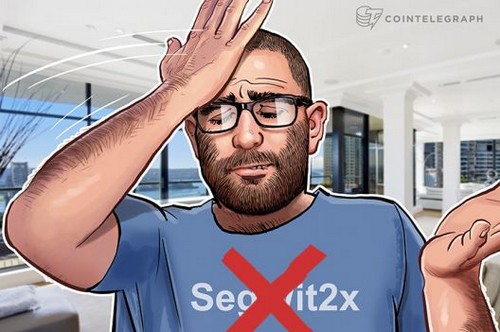 Charlie Shrem “Among The First” To Apologize Over SegWit2x Bitcoin Fork