Paul Graham, co-founder of the leading startup accelerator Y Combinator, said that such solutions from payment companies would make cryptocurrencies more attractive in the eyes of people.

Where cryptocurrencies will be used

Here is a quote from Graham from Twitter, in which he voiced his own position.

Possible Future Scenario: Credit card companies are becoming more choosy about who they will process transactions for. This encourages users to switch to cryptocurrencies, which will ultimately deprive companies of the lion’s share of profits.

It is quite simple to explain this assumption. The fact is that the decentralized nature of cryptocurrencies means equality of all network participants and the absence of a central controlling body. This means that no one is able to restrict or prohibit the execution of some kind of payment – except for centralized cryptocurrency exchanges.

Therefore, against the background of actions known by the issuer, the popularity of cryptocurrencies can really increase. And it’s not about the reasons for the refusal of the Visa and Mastercard teams from cooperation, but just the freedom that coins on the blockchain provide. Naturally, such opportunities do not have to be used for bad purposes.

Graham argues that credit card companies refuse to process transactions for certain firms. This is an obvious censorship in which people just need to switch to crypto. They do not require personal information and are relatively difficult to trace, Decrypt reports.

We have always strived to eliminate illegal content, including non-consent and child sexual abuse material.

That is, in this case, the management wants to change the idea of ​​what is happening on the platform and take care of its own reputation. Accordingly, they do not plan to switch exclusively to cryptocurrencies, because this option is clearly not suitable for all members of the site’s community. Moreover, we are talking about both viewers of the content and its authors, who receive income from the publication of videos.

We believe that such decisions of the main issuers of bank cards can really make cryptocurrencies more popular, but this alone is not enough for the massive use of coins. Most likely, at best, some community members will be interested in crypt and its features, which make it possible not to depend on higher authorities. But while there is no talk of using exclusively coins, this is understandable from the reaction of representatives of the platform.

So right now, Paul Graham’s version seems a bit overwhelmed. Although for some, the restrictive actions of Visa and Mastercard will really be enough to study cryptocurrencies. 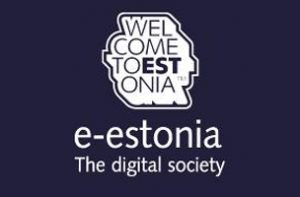