On DeFi, where total value passed the billion-dollar milestone earlier this year, a16z said it saw high potential in the composability of assets. “DeFi opens the components of finance to the same recombination and experimentation that makes open-source software so powerful,” it said.

The company said Thursday it had raised a total of $515 million – more than the original $450 million target – for a second fund called “Crypto Fund II,” dedicated to cryptocurrency and blockchain projects. It’s also more than $150 million raised for VC’s first crypto fund, which launched back in the summer of 2018.
In the blog post announcing the new fund, a16z says it is looking into projects touching next-generation payments, decentralized finance (DeFi), new monetization models and Web3 (the concept of a decentralized internet).
This marks a contrast to a16z’s first crypto fund. In its initial investment thesis, the VC mentioned a handful of what it saw as interesting use cases, including stablecoins, financial inclusion and the tokenization of real-world assets.
However, it included the caveat that “we are still early in the crypto movement. The infrastructure needs to be improved and the applications are difficult for non-early adopters to use. Many crypto applications still get dismissed as toys.”
Thursday’s blog post suggests a16z now considers the industry may have reached critical mass.

The Libra Association announced Thursday it had formed a technical steering committee to coordinate the design of the Libra platform.
The new committee, composed of Anchorage co-founder Diogo Monica, Calibra core product lead George Cabrera III, Bison Trails founder Joe Lallouz, Union Square Ventures partner Nick Grossman and Mercy Corps emerging technology director Ric Shreves, was formed on Dec. 16, 2019, according to an announcement on the Libra developers page. It’s the latest incremental update to the Libra roadmap following a wave of founding member defections last October.
The newly announced group will oversee the project’s technical roadmap, guide codebase development and try to build a developer community around the Libra project. Prior to the stablecoin’s public debut in June 2019, Facebook developers established the project’s technical underpinnings. Many of those staffers have since been transferred to Facebook’s crypto subsidiary, Calibra, including Facebook’s former blockchain lead, David Marcus, and tech lead Ben Maurer.
The Libra technical steering committee plans to publish a governance framework before the end of March 2020, according to the announcement, that “will include the process by which the open source community can propose technical changes to the network and a transparent process for evaluating those proposals.”
While Libra originally envisioned a launch by mid-2020, regulatory pushback may delay this, Facebook CEO Mark Zuckerberg said during an interview late last year.

Announced Wednesday, the moves mark an expansion in offerings for a company originally focused on providing institutions custodial services, as it continues to bet that adding more features like trading will carry crypto further into mainstream.
Merkle Data’s acquisition similarly expands Anchorage’s reach, according to the blog post. Framing the data team as a complement to its new trading service, Anchorage said Merkle Data will boost its quantitative analysis and risk modeling capabilities.
The San Francisco-based startup has been building out its services for much of the past year. In October it added a governance platform for on-chain voting, months after introducing Stellar inflation and Tezos staking (called “baking”) to clients holding either crypto asset.
President Diogo Mónica sees these expansions as pivotal for the custodial firm he co-founded. In an opinion piece written for CoinDesk’s Year in Review series, he said, “whatever investors want to do with their assets – buy and hold, exit a major position, actively trade, participate in staking and governance – the custodian will be involved.”
It is also a response to client expectations, said Nathan McCauley, Anchorage CEO.
“This is part of a growing trend,” he said in a statement sent to CoinDesk. “Our clients have been asking us to provide brokerage from day one, because they’re typically part of the same workflow. Clients buy assets and then deposit them into custody, or withdraw assets from custody in order to sell them. When one provider can do both, it simplifies things for clients significantly.”
The trading service features from slight differences when compared to the “majority” of over-the-counter desks operating today, Anchorage claims. Its platform uses a fee-based model instead of the prevalent principal structure.
Principal model trading allows brokerages to profit off the spread between an asset’s quote and spot price. Fee-based trading, on the other hand, makes money by commission. Anchorage said this is a more transparent way of doing business.
Post Views: 20
Spread the love

Genesis’ Lending Surges Again in Q2 – and Not Just in Crypto 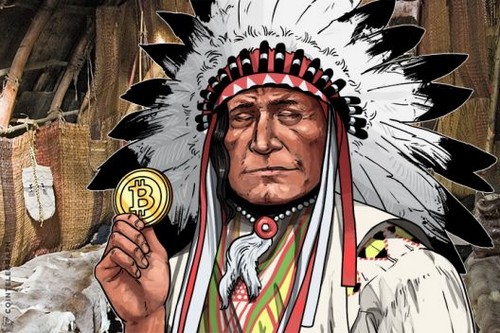