Over the course of the first quarter, Genesis managed to increase its book of active trading loans by 19% to $649 million, according to the report. But it wasn’t without considerable volatility: The loan book started the year at $545 million and had nearly doubled to $1 billion in mid-February before the rapid deleveraging in March.
Genesis, a trading firm that also lends to institutional cryptocurrency investors, has provided a behind-the-scenes look at how staffers scrambled to meet client demands as the spread of coronavirus sent bitcoin prices swooning last month.

As described in its latest quarterly lending report on Thursday, the peak of the drama came on March 12 when bitcoin tumbled 39% – its biggest loss on a single day in seven years. Cryptocurrency lenders and futures exchanges scrambled to protect themselves from losses, firing off a flurry of margin calls, in which traders are asked to post additional collateral against trading loans and derivatives contracts.

“Over that 24-hour period, there were certain counterparties that got pinged three to four times”, Genesis CEO Michael Moro said in an interview. “With the way the price kept falling, you almost had to margin call them again an hour later.” Genesis is owned by Digital Currency Group, the parent company of CoinDesk.

In early March, the brutal death toll and economic devastation of the coronavirus was only beginning to dawn on traders of both digital assets and traditional Wall Street securities like stocks and bonds.

Eye of the storm

“Black Thursday”, as March 12 is now known among cryptocurrency traders, started out inauspiciously enough. Bitcoin was trading around $7,900 – off of February’s highs around $10,000, but still safely above the year-end 2019 price around $7,170.

Moro said he headed out of the company’s New York City headquarters in downtown Manhattan to deliver a presentation to a private wealth management office. As he was speaking participants at the meeting started glancing at their smartphones, checking bitcoin prices and giving Moro up-to-the-minute market updates.

“I’m up there talking, answering their questions, and then at some point people were just fixating on the price of bitcoin on their phones”, said Moro, 42.

He hustled back to the office, where employees were busy dealing with the deluge of margin calls.

The firm’s clients, mostly institutional traders, were all able to post the required collateral on trading loans, avoiding forced liquidations of their trading positions, Moro said.

This chart of bid-ask spreads on bitcoin exchanges illustrates the magnitude of market dislocations on March 12.

The anxiety mounted, however: The additional collateral sent by clients was taking far longer than usual to arrive. According to Moro, the bitcoin network was so congested due to the heavy traffic that day that collateral postings got backed up.

“Transactions that usually take 10 minutes might have taken a couple hours”, Moro said.

Bitcoin futures contracts that usually trade at a premium to the daily market price suddenly swung to a discount. Traders quickly adjusted their strategies, and Genesis suddenly started seeing a flood of clients returning dollar loans and asking for new loans denominated in bitcoin.

“Thankfully we had no losses”, Moro said, “other than a really busy and stressful day.”

For most Genesis employees, it was their last day in the office for a long time: On March 13, the company transitioned to working remotely.

Genesis also tightened its lending policies after March 12, halting new loans for at least a week if they weren’t fully collateralized, Moro said.

“I just didn’t want that risk on the Genesis balance sheet”, Moro said. “After we felt like markets had calmed down, we reopened the dialogue and restarted the origination machine.”

Volatility is the norm in crypto markets. Just not this much volatility.

One paragraph disproves that helicopter parenting is a modern phenomenon 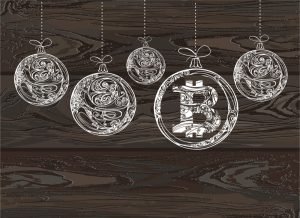 CME Bitcoin Futures Could Launch the Second Week in December