Novogratz, a former hedge fund manager and Goldman Sachs partner, founded Galaxy Digital in January 2018 to invest in the digital asset space. As well as cryptocurrencies, his merchant bank invests in companies working in the industry. Per the recent filings, it holds equity in banking service provider Silvergate, derivatives exchange Bakkt, as well as the crypto venture fund Pantera.

Mike Novogratz’s crypto merchant bank, which made another loss in the final quarter of 2019, has warned investors the coronavirus will likely contribute to further declines.

Galaxy Digital reported a net loss of $32.9 million in Q4 2019 on Wednesday. The merchant bank’s trading arm incurred the vast majority of losses, more than $32.1 million, which wiped out the bank’s other revenue streams and meant the company was unable to offset its operating expenses. Adding unrealized gains and losses, this figure dropped slightly to $32.7 million.
However, Galaxy has consistently struggled to make much in the way of profit. Many of its quarterly results come out in the red. It made a $68 million loss in the third quarter of 2019, too. In 2018, the firm’s first full year of operation, it reported a total loss of $272.7 million.
Back in February, Galaxy laid off 15 percent of its staff. According to one former employee, the company was forced to cut back because the digital asset space was growing more slowly than anticipated.
While the second half of 2019 was disappointing for the company, it still reported a comprehensive net income of $25.8 million. As it says in its recent filing, hype around libra earlier in the year led to a resurgence of interest in the digital asset space. Filings from the time show the bank made $113.8 million in Q2 2019, largely as a result of its trading arm.
However, Galaxy doesn’t expect the good times to return just yet. Although the first half of Q1 2020 had looked promising, the company said it will experience knock-on effects from the coronavirus, which has now brought society to a standstill and increased economic uncertainty.
“[Bitcoin] still remains subject to global risk appetites as positioning decisions are considered in conjunction with investors’ broader portfolio,” reads Galaxy’s securities filing. “Economic growth, both domestically and internationally, appears it will contract in the second quarter of 2020 as a result of COVID-19, which the Partnership believes will lead to challenged and volatile asset price performance.”
“To the extent that the COVID-19 pandemic continues and worsens, the impacts on the global economy are unpredictable and could adversely affect the Partnership’s investments, businesses and GDH Ltd.’s stock price,” the bank added.

The Libra cryptocurrency project should be sufficient motivation for the Federal Reserve launch a real-time payments system, a senior government official wrote Thursday.

“The vague and scant details on the tech platform’s proposed shadow global central bank have sounded international alarm bells, particularly in light of Facebook’s ongoing scandals and reputation for abuse,” he wrote. “The laundry list of risks raised by the Libra project will take time to unpack and address. I share the serious concerns raised by Chairman Jerome Powell and Governor Lael Brainard.”

However, he sees getting a public sector solution to the current payments system as more important, writing:

“Regardless of Libra’s ultimate fate, the proposal’s emergence underscores the appetite for real-time payments and the urgency of intervention by the Federal Reserve.”

He sees demand for fast payments, noting the “pent-up frustration” with large bank fees and noting that “other real-time technologies” have been spreading rapidly.

It is not yet clear what FedNow could look like, nor how it would operate. The project will not go live until 2024.

Though there is no indication that FedNow will utilize blockchain at any point, two U.S. lawmakers have written to the Fed to inquire about its views toward the technology. Last month, Reps. French Hill (R-Ark.) and Bill Foster (D-Ill.) outlined a number of questions for the Fed, noting that the dollar’s global supremacy may be at risk if other nations develop a widely adopted digital fiat currency first.

The Fed plans to respond to the letter at an indeterminate future date. 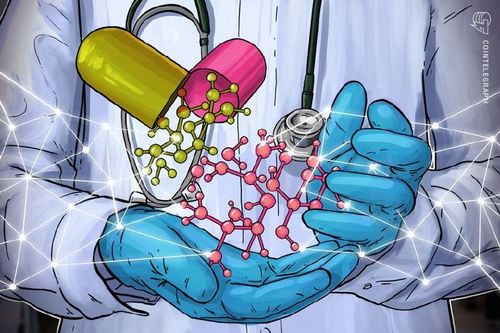