The recent events unfolding worldwide has made people aware that the internet is a resourceful tool when it comes to sharing information during a pandemic. There are lots of areas worldwide with limited internet resources and internet service providers (ISPs) that can take care of people’s connectivity needs. In various rural regions in the U.S., ISPs are hard to come by and the ones that do offer services to remote areas often charge astronomical prices.

While the coronavirus wreaks havoc on the economy across the U.S., a number of the 1,737 residents from Clatskanie, Oregon can’t obtain an internet service provider (ISP). The situation has motivated the town to adopt a decentralized meshnet ISP called Althea and the network’s users are paid in cryptocurrency for relaying.

Right now, as the covid-19 outbreak ravages the American economy, some residents from Clatskanie, Oregon can’t access the internet due to the lack of ISPs. The connectivity issues have caused some Clatskanie residents to start using a decentralized meshnet service. People in the town are leveraging a meshnet solution called Althea which lets routers pay each other for bandwidth.

Essentially, a mesh network (meshnet) is a local network topology that allows people to relay and share bandwidth and route data from/to other participants. If the network grows stronger, it can operate in a non-hierarchical fashion and the more cooperation the better the network will perform. Althea’s meshnet service provides people with the incentive to host decentralized ISPs in any community, rather than relying on the monopolized services provided by cable and fiber-optic providers.

Users leveraging the Althea network can earn money by collecting payments for expanding the network. Althea users can accept two cryptocurrencies at the moment, which includes DAI and ETH. The creators of the Althea network say in the future they will be adding support for other digital assets as well. In fact, digital currencies play an important role within the Althea framework as the white paper states:

Althea allows routers to pay each other for bandwidth using cryptocurrency. An important architectural detail is that nodes only pay neighbors for forwarding packets. On top of this pay-for-forward network, we build a system allowing consumers to pay for internet access. Althea is intended to be used in local mesh networks.

Clatskanie, Oregon residents are not the only ones using the Althea system in the U.S., as citizens from Tacoma, Washington also use the Althea network. For instance, the Tacoma Cooperative Network (TCN) had shown a resident named David how to set up Althea, as he was only getting an 8Mbps internet connection. With high-speed 600ghz antennas, Althea users can get up to 200-400 Mbps. David then signed up 6 of the 12 houses on his block, who now share bandwidth with him over Althea’s network. According to Althea, TCN is an Althea organizer that helps residents get connected to the decentralized meshnet system.

A registered nurse from Clatskanie, Shannon Garcia was forced to work at home recently due to the adverse effects of the coronavirus. However, the small cattle ranch town has always had issues with ISPs and she needed internet access to talk with her patients via video calls. Garcia got Althea to start setting up shop in Clatskanie and she and other residents in the town have been able to get online since then. In addition to Oregon and Washington, Althea is also located in Denver, Colorado, and Nigeria as well. The Althea team plans on expanding to other countries like Ghana and a few other states in the U.S.

The Althea network is not the only project that has attempted to fuse the concept of mesh networks and cryptocurrencies together. Projects like Bitcoinwifi, Bitmesh, and BEWP have all tried to leverage cryptocurrencies as an incentive to share bandwidth. The covid-19 economy has kick-started the Althea network into high gear in Clatskanie. This is because the town only has one fiber connection throughout the entire region, making things difficult for households to connect. Instead of paying centralized mobile networks $150 per month for internet services, the town set up a legal cooperative called the Clatskanie Co-op.

Moreover, the Althea network’s Clatskanie says that a few residents are investing thousands to set up tower equipment as a “side hustle.” The tower equipment will allow the individuals to make more money going forward by providing far more bandwidth than the average relayer.

Disclaimer: This article is for informational purposes only. It is not an offer or solicitation of an offer to buy or sell, or a recommendation, endorsement, or sponsorship of any products, services, or companies 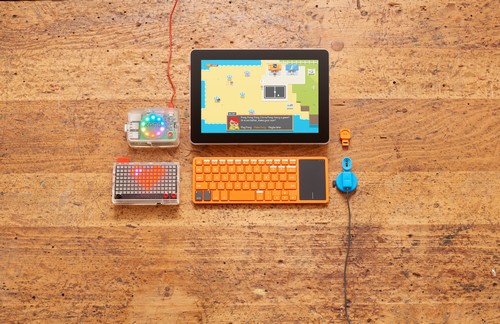 This Ukrainian Shipping Firm is Using Bitcoin to Evade Sanctions