A new study has found that over a third of small business owners believe that cryptocurrency payments will become a reality on the high street within two years.

The study, conducted by Paymentsense, a card payment provider in the U.K. and Ireland, revealed that 35 percent of 504 small and medium-sized enterprises (SMEs) remain confident of the future of digital currency payments. Notably, small business owners have a more optimistic outlook with a fifth, or 21 percent, of the opinion that cryptocurrency payments will appear within one year. A further 25 percent don’t think it will ever hit the high street.

However, despite these bullish predictions, only one in ten (13 percent) small businesses accept digital currency payments. International and Premiership footballer Thomas Hal-Robson-Kanu who founded The Turmeric Co., a business that produces healthy shot drinks, explained that the company started accepting cryptocurrency payments at the end of 2017. He believes that the market will revolutionise global transactions for businesses at all levels.

“Instantaneous settlements with no need for centralised third parties and fees are a big plus,” he added. “We’re a forward thinking company with ambitious growth plans, so this flexibility is important to us. Cryptocurrencies are a really exciting payment option.”

The study also found that alternative ways of paying for things have become established in the U.K. Nearly half (46 percent), of SME owners who took part in the study indicated that they accept different currencies. Over a quarter (27 percent) are involved in local schemes such as the Bristol, Liverpool, Brixton, and Lewes pound, which are aimed at encouraging local spending.

Interestingly, despite the market turndown at the start of 2018, which saw bitcoin’s price drop to $6,000, this hasn’t discouraged SMEs from investing. Almost six in ten (59 percent) indicated that they would consider investing in it with around a fifth (18 percent) already investing.

Yet, while cryptocurrencies are steadily heading toward the mainstream, Guy Moreve, head of marketing at Paymentsense, explained that small business owners should consider how cryptocurrency will integrate into their existing financial arrangements as the value of digital currencies can change quickly.

“This has significant implications for an SMEs revenue security,” he added. “Using a trusted payment processor or merchant service provider can help guard against this by allowing a swift currency exchange, and improve security processes. For entrepreneurs in emerging sectors it might be worth the risks involved, but for others in more established or slower-moving areas it could be wiser to wait and see how things evolve over the next six to 12 months.”

Defeating the ‘Domination’ of the US Dollar 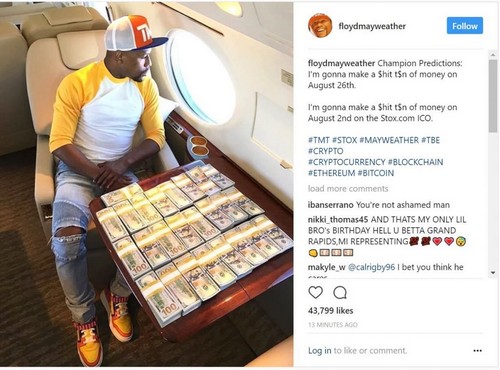 SEC Warns of Celebrity Endorsements, ICOs Might be a Target