Adam Mosseri, the head of News Feed, says in a news release today that the company will prioritize news from publications “that the community rates as trustworthy,” based on surveys of a sample of Facebook users across the country. This approach, which will be tested first in the US, follows last week’s announcement that the company was changing its algorithm to prioritize friends and family over content from publishers and brands. 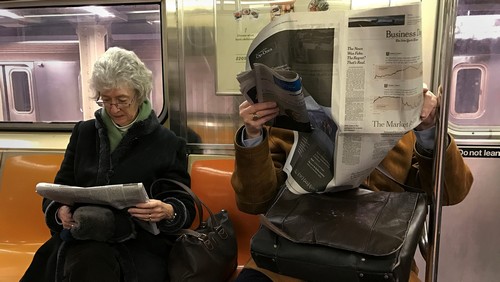 After thinking up many possible solutions for delivering trustworthy news, Facebook is letting users judge for themselves.

Mark Zuckerberg, the company’s CEO, explained in a post that the surveys ask people how familiar they are with a given source, and if so, whether they trust it. Its trustworthiness is calculated from the ratio of those who trust the source to those who are familiar with it. This evaluation helps determine a publication’s ranking in the News Feed.

“The idea is that some news organizations are only trusted by their readers or watchers, and others are broadly trusted across society even by those who don’t follow them directly.”

News publishers deemed as “trustworthy” will see their distribution increase, Mosseri writes, while those who score low might see it fall. Zuckerberg says that with last week’s change, news will make up about 4% of the News Feed, down from 5% today, which he calls a “big change.”

Overall, Zuckerberg says that Facebook has struggled with how to decide which news sources are widely trusted, and that the company could make the decision on its own, or ask outside experts. In the end, he writes: “We decided that having the community determine which sources are broadly trusted would be most objective.”

A Facebook spokesperson told Quartz that the change will have no impact on Facebook’s partnerships with outside fact-checkers, an ongoing effort to stamp out fake news from the platform.