But I also see the writing on the wall for coders like me. Coders who don’t do glamorous work or work at the “big tech” companies. My two careers are converging. 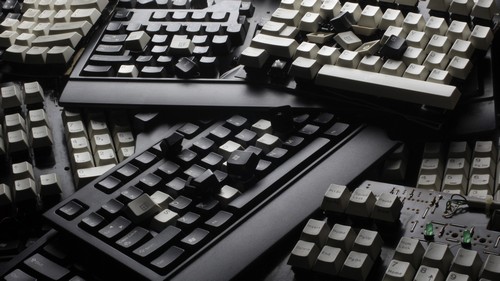 I’ve had two careers. I’ve been a developer, which has frankly paid most of the bills. And I’ve been a writer, which I’ve done mainly because I like it. It’s hard to admit this, but yes, I’d rather be a writer. But it’s also hard to watch my full-time writer friends struggle and then to abandon the decent salaries and stability of tech jobs.

A lot of my writer friends just got laid off. Some of them were victims of the Ist and DNAinfo shutdowns, others because layoffs are the new normal for writers. As the ex Chicagoist Food & Drink Editor, I watched my old work disappear from the internet because the owner would rather fire all the writers than treat them fairly. I can’t think of any writers I know who have never been laid off.

I’d never been in that position as a coder until recently. I lost my job for several reasons, but a major one was they outsourced it.

I call myself a “utility coder.” I’m akin to systems administration and QA engineers. I am not a computer scientist. I’m not sure I could become one. I mainly fix bugs, deploy sites, template boring enterprise content management systems, write documentation, and any other practical needs for making software on shoestring budgets. I do not do cool things you read about in the tech section of the newspaper. I do not work in a swanky office. I do not have a life like the programmers in the show Silicon Valley. I do not have major open source contributions, I am too tired by the end of my “day” (and often night) job to do that kind of thing in my spare time.

These are the jobs in tech most vulnerable to outsourcing and automation.

I’ve been doing this over a decade. Some of the stuff I originally did is already automated or mostly outsourced. You learn quickly and move to the next thing. I at least weathered the transition from when front-end was just CSS/HTML to the transition to JS frameworks like Angular, a lot of other devs I worked with couldn’t.

But eventually only the hardest stuff isn’t automated or outsourced. And if you’re not a genius, you hit the ceiling of your abilities. A lot of my colleagues are trying to get into machine learning, but without formal education in math or computer science it is extremely challenging. I couldn’t get past the section in my “nanodegree” program with linear algebra.

The way people like me get into the door at places like Google or Facebook is usually through contracting, which offers lower wages, fewer benefits, and more instability.

In writing, there are the writers for the prestigious publications. The New Yorker or The New York Times. They still get paid a lot. There aren’t very many of them. The rest of the writers compete over scraps, piecing together a small wage from various assignments. I’ve taken a few of these. I calculated the dollars per hour they net. It’s below minimum wage.

After I lost my job I registered for some freelance sites in the hopes of getting tech work. What I found was a wasteland. Lots of people competing for tiny bids. Bidding down to the bottom.

I felt I saw the future, tech becoming like writing. The few highly paid coders at Google, Facebook, or Twitter. And then the rest of us not making much. It’s been coming for a long time. Do you really think all these code schools and bootcamps prepare people for Apple or Amazon? They have their testimonials of people who “make it.” But the rest will end up like me.

It’s weird being this kind of tech worker when the rest of the world sees your profession as being more and more like bankers - rich fatcats that ruin entire cities with their fancy toys.

I have applied for the “fancy” jobs. They filter out people like me. They want you to do code puzzles that select for people with formal education in computer science or with the time to do code puzzles in their spare time. Once I figured those out, the trend became take home tests that are even more time consuming and don’t in any way resemble the scrappy work I’ve been doing. There are more and more new startups that specialize in creating such games to screen coders. I think they might find some “diamonds in the rough” if they were just willing to talk to people instead.

The difference between writing and coding is how your colleagues treat you. Writers rally around the laid off, are eager to commiserate. “Failed” coders are shunned in tech culture. They don’t even want to acknowledge your existence. It would go against their narrative that anyone can make it in the industry if they work hard enough. But don’t be fooled. There are a lot of coders like me. We are, in the end, just workers, and not immune to the tides that have drowned other workers.

I’m not saying work isn’t out there. That you can’t cobble together an income. I get work, mainly the old-fashioned way of in person networking. I could probably get another full-time job, though at the lower end of tech salaries. I have savings from when I was doing better. But my writing and coding careers are converging. It’s scary in a way, I worry about the future a lot. At least it frees me to do more writing.