Share: TwitterFacebookPinterestLinkedin
TSB: Gilbert (left) and Markey
Gilbert joined TSB in December 2013, shortly after the bank was separated from Lloyds, but before its sale to Spanish bank Sabadell in 2015. 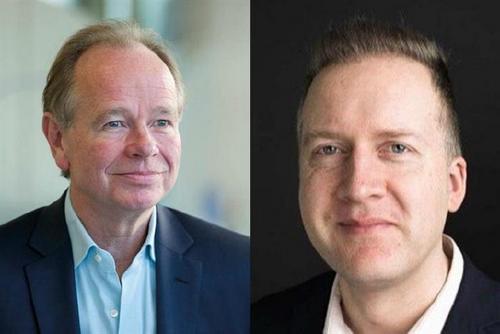 Just a year later, Gilbert left the banking group, citing personal reasons. In 2011, he joined Virgin Media as chief marketing officer, later moving to the role of key projects director at Virgin Management. But less than a year into that role, he was lured back to TSB.

Writing for Campaign in 2016, Gilbert said that working for Lloyds TSB during the economic crash had left him “disillusioned” by the banking sector – but that he had been enticed by the prospect of “creating a challenger from scratch” with TSB.

“Five cats”, a recent animated campaign for TSB, created by Joint, aimed to position the brand in contrast to big five banks. Since then, TSB has been hit by a major IT crisis that left customers unable to access their accounts.

Gilbert spent most of his career working agency side, culminating in eight years at Lowe and Partners Worldwide from 1998 to 2006, as global account director and then president Asia-Pacific.

Paul Pester, chief executive of TSB, said: “Rachel, Nigel and Ian have been with TSB since the early days when we brought TSB back to high streets across the UK. I’m incredibly grateful for everything they have done to support TSB and I wish them all the best for the future.”