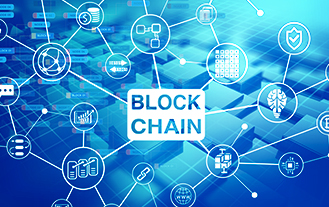 Patience and a meticulous development process are two features that projects often lack after they complete an ICO. The funding is only the first stage; afterwards, these projects have the dual responsibility of managing the expectations of their communities and developing their products or services meticulously. The list of ICOs that have managed to do this is short, therefore it is worth exploring to see how they are succeeding in keeping their promises while at the same time, they control the greed from some of their token holders.

The Easy Money ICO is Dead

Token holder greed is probably the most difficult aspect to manage here. A promising project generates expectations, and there is a wide-held belief that the world of blockchain and cryptocurrencies is full of fast, easy money. This prompts a lot of involvement from speculators who do not really care about the project itself; they are invested in speculation. Interested more in when a token hits the biggest exchanges, these buyers can generate pressure as well as temptation. ICOs that fail to manage those market pressures and that temptation – to take the easy money and put development in the back-burner – often give the industry a bad name.

The first dynamic of the speculation game that an ICO must manage is misinformation that is used to hype the project and pump the price of the token. Recently, IOTA has been dealing with this kind of hype. The project was thought to have a partnership with Microsoft and other tech giants. This type of misinformation drove the price of IOTA to highs above the $5 USD mark. Nevertheless, the developers of the project came out and clarified that Microsoft was not a partner but rather a participant in the project. IOTA’s price fell soon afterwards, but its development team managed to drive the focus back to development, which will bring prices up in the long run and will keep speculators away.

Other projects are effectively avoiding this kind of miscommunication through a clear effort to frame the conversation and an effort to control the message always. EOS, Ada Cardano and Revain are good examples of projects that have prevented misinformation by taking control of the message. The framing of that message in all three examples is quite similar. The developers of these projects are actively telling the buyers of their tokens and their respective communities that their focus is on development. Their message has 3 main common components:

Speculators looking for the quick profit that made ICOs infamous, will be swiftly deterred once they get a hold of this kind of information. Once the speculators are marginalized, project developers will have a further incentive to work on the project because they will not have an instant boost to their net worth from sudden token price surges. The additional benefit from this strategy is that the development team will be able to abandon the focus on the markets altogether, since movement there will be driven by their initial framing. If market actors forget the original message and there are sudden token price surges, the projects will be able to respond quickly by referring back to their message and those 3 main components. These will act as an anchor, a point of reference to tell market actors and speculators “I told you so.”

The deployment of these 3 main components comes in a variety of ways. The milestones message is the foundation for the following two components and the first warning for speculators. Projects deploy this component through social media and their own websites. They reiterate those milestones every time there is a launch or test. Telling the world about those milestones every time they take place also serves to promote the project and manage expectations within its community. Here are some salient examples:

Telling the Markets that it is All About Development

The next framing component builds upon the milestones and is directed at speculators more than at anyone else. Once a project starts achieving its milestones, speculators are drawn in, and they might try to hype the achievements of the project so far or the projected milestones according to the roadmap. ICOs then must reiterate the message to the markets telling them that they do not care about price, only about development. ICOs do this through articles, social media and their own websites. The following are suitable examples of how ICOs deploy this framing component:

Sealing the Deal with Beta Testing and Feedback

The final component of this framing triad is driving the focus of community members and market actors to testing and feedback. This helps projects seal the deal, reinforcing their message with a final push that should also deliver on wider adoption. At this point, ICOs have told their audience that they have clear goals; they care more about the value of their project than the price of their token and therefore they are willingly putting it forward for anyone to try, criticize and suggest how to improve it. The clearest example of this is Revain’s recent push to enlist people and organizations to try their product beta. Revain has been actively telling its audience and the markets that their platform is now available for them to try it.

Although it is still early to declare that this communication and framing strategy can deliver results conclusively, it is possible to see that markets have reacted to it positively. The price of these tokens has been rising lately, but not in a manner that shows heavy speculation or exorbitant expectations. This will allow developers in charge of the projects to focus on development while marginalizing the effect of speculators, which should allow them to have a clearer path towards success.

Analyst at Bitcoin Chaser. I enjoy travelling to remote places, camping and being in contact with nature whenever I’m not following the latest on the Bitcoin revolution!

Noel Edmonds on Lloyds Bank: ‘These are not advertisements in the true sense of the word’