North Korea, one of the most secretive nations on the entire globe, is reportedly utilizing cryptocurrencies and digital assets to bypass international sanctions imposed on the hermit nation by the United States and its allies. 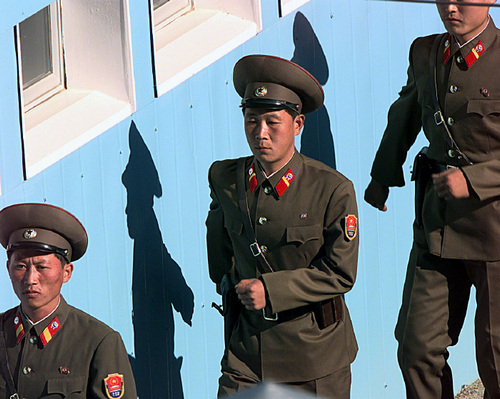 This doesn’t seem to be any old claim though, as Lourdes Miranda, an independent financial intelligence and crimes analyst who specializes in international intelligence snooping, along with Ross Delston, an American attorney who specializes in anti-terrorist financing, laid out the facts in a bid to convince others that Pyongyang is not only trading cryptocurrencies behind closed doors, but also launching its own.

According to a report from The Asia Times, who first broke the news on this apparent scheme, North Korea’s government is utilizing crypto assets, coupled with “multiple international exchanges, mixing and shifting services – that mirror the money laundering cycle” to directly undermine the sanctions and restrictions placed on the nation run by Kim Jong Un.

Explaining how the scheme would work, the two explained that the DPRK would be able to utilize cryptocurrencies, whether of its own creation or an already-established crypto asset, to open online accounts “under the guise of a non-adversarial nation using anonymous communication” to infiltrate cryptocurrency systems that disregard KYC/AML in a bid to bypass sanctions. Elaborating on the speculated specifics, the pair wrote:

To mitigate the risk of intelligence agencies catching on, Miranda and Dalston pointed out that the hermit nation could use a transaction mixer, which they also refer to as a “Laundry, Tumbler and a Washer,” to drop breadcrumbs, so to speak, in multiple directions to split the linear pattern of transactional data that public blockchains, like Bitcoin, provide, while still remaining on the same chain.

In short, as explained by the duo, a mixer is:

Once the mixing process is complete, the DPRK can even utilize ‘instant’ crypto shifting services like the now-controversial Shapeshift or Changelly, to convert its cryptocurrency of choice into other popular altcoins, making it nigh-impossible for investigators to trace the funds back to North Korea.

Following this act of concealment, the DPRK will be able to exchange their tumbled cryptocurrency holdings in exchange for fiat on European, American or Asian exchanges that “have US correspondent banking relationships with a US bank… Voila, the DPRK now has US dollars with none of those pesky sanctions attached,” the two noted.

Obviously, cryptocurrencies aren’t always used in illicit acts, but it is important to note that in this situation, the networks themselves are not a fault, but rather, the exchanges that facilitate such transactions.

As reported by Ethereum World News, this isn’t the first time that the Asian nation has shown interest in utilizing or associating itself with cryptocurrencies and blockchain technologies. More specifically, recently, North Korea reportedly launched its own “Korean International Blockchain Conference” to the chagrin of many. It apparently is still scheduled for early October of this year but it is unclear how much traction this unexpected event has garnered so far.

Keeping this in mind, many aren’t expecting for North Korea’s involvement in the nascent cryptocurrency space to wane any time soon, that’s for sure.

With Development and Price, Where Does Ethereum Go Long-Term?

Putin: Cryptocurrency Has Its Place, No State Can Have Own Crypto