Although many are impressed by Bitcoin’s stellar performance in the past week, with the asset moving from a year-to-date low at $3,150 to a multi-week high of $4,200 within a few days’ time, Ethereum (ETH) outperformed the flagship cryptocurrency within the same time frame. 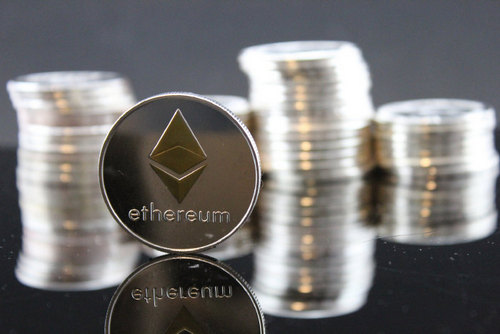 More specifically, according to data compiled by Live Coin Watch, Ether moved from $85 to $130 (current price) over the past seven days, a jaw-dropping 50% gain if my napkin math serves me right. To give this price action some perspective, over the past week, the aggregate value of all cryptocurrencies ‘only’ moved from $102 billion to $134 billion.

This move has led many asking – what pushed Ethereum up so much?

Last week, The Verge reported that leading Ethereum development studio ConsenSys was poised to lay off 50%~60% of its 1,200 staffers in an apparent bid to cut costs. Insiders purportedly claimed that Joseph Lubin, a co-founder of Ethereum and the head of ConsenSys, was looking to purge employees that weren’t pertinent to the New York-headquartered startup’s future (2.0).

Those familiar with the matter even noted that the company wasn’t planning to give much of a severance package, disallowing those affected to hit the ground running. And seeing that ConsenSys plays a key role in Ethereum’s expansive ecosystem, as it houses MetaMask, Truffle, Alethio, and Kaleido, this news likely sent investors into a frenzy. If the startup collapsed, so would much of the network backing Ether.

Yet, as reported by Ethereum World News subsequently, Lubin claimed that the “conjecture and preemptive paranoia” that the media has thrown at him and his firm don’t hold credence, as ConsenSys “remains healthy and is engaging in a rebalancing of priorities.” This shift, as made clear by the startup head, began nine months ago, when 2018’s bear market was just in its nascency. This clarification likely played a small role in restoring Ether investors’ faith in the popular network.

Through a recent Ethereum core developer bi-weekly call, it has been confirmed that Constantinople, the project’s next pertinent protocol, will activate on the processing of block 7,080,000, which is slated to arrive around January 14th, per CoinTelegraph and statistics from Etherscan.

For those who aren’t aware, the launch of Constantinople is a pertinent event in Ethereum’s long-term calendar, as the upgrade will move the long-standing project one step closer towards Serenity.

Justin Drake, a blockchain researcher, recently told Ran NeuNer that Serenity, or Ethereum 2.0, has been chugging along just fine. Drake claimed that researchers have continued to propose better and better designs for the upgraded blockchain, which would see Ethereum activate Sharding, a protocol that speeds up data processing.

Even Vitalik Buterin, a co-founder of the world-renowned project, lauded Serenity. At Devcon4, the Russian-Canadian coder noted that the blockchain overhaul may eventually facilitate “pure PoS consensus, faster times to synchronous confirmation (8-16 seconds), economic finality (10-20 minutes)”, and, most importantly, a 1,000x scalability upside, which will likely discredit all fears of scalability.

As we move nearer and nearer to January 14th, investors will likely continue to “buy the rumor, sell the news”, pushing up the price of ETH.

After over a year of hype surrounding Bitcoin futures, as CBOE and CME launched contracts, and Bakkt unveiled plans for its own, a new contender is expected to enter into crypto’s alternative investment vehicle scene. This, of course, is Ethereum, which formerly sat at Bitcoin’s side as the second-most valuable capitalized cryptocurrency.

The U.S. Commodities Trading Futures Commission (CFTC) only confirmed these rumors in the past week, as the entity made a “request for information” to the public on the matter of alternative cryptocurrencies, namely ETH. The governmental regulator wrote:

“The RFI Request For Information also seeks to understand similarities and distinctions between Ether and bitcoin, as well as Ether-specific opportunities, challenges, and risks.”

It is believed that the CFTC is seeking public sentiment and comments to precede its ruling on an ETH-backed instrument, like proposed Ethereum futures backed by CBOE. The arrival of such a product could push the asset higher over time.

Disclaimer: As this is an op-ed/opinion piece, the sentiment conveyed in this article is speculation by the author, not cold, hard facts.