The developers of Ethereum (ETH), the world’s largest platform for building and deploying decentralized applications (dApps), have been experimenting with different approaches for effectively scaling the smart contract platform.

At present, the BCH blockchain can handle 32 MB of data in about 600 seconds (appr. 53,333 bytes/second). This is nearly 7x greater than Ethereum’s current throughput capacity – as the ETH blockchain can only process about 8 kilobytes/sec (8192 bytes/sec).

Bitcoin Cash Blockchain Has Up to 7x Greater Throughput than Ethereum

However, the Russian-Canadian programmer expressed concerns over Bitcoin Cash’s 10 minute block times, and considers this to be the main weakness when trying to use the BCH network for data handling purposes.

Buterin also mentioned that he was currently exploring short-term solutions to enhancing Ethereum’s network capacity. The dApp development platform is expected to transition to Ethereum 2.0 in the foreseeable future, although no exact date has been confirmed yet.

Ethereum 2.0 will consist of major system-wide upgrades to the cryptocurrency’s blockchain that are aimed at significantly improving the overall efficiency of the platform.

While Ethereum’s developers currently expect the crypto platform to process around 25 transactions per second (TPS), its throughout has not exceeded 11 TPS this month. On some days, ETH blockchain’s throughput has been as low as 7 TPS.

Notably, the Ethereum network has recently experienced the largest number of pending transactions – which indicates that the ETH developers must soon find an effective way to increase the crypto network’s throughput rate.

Transitioning from Proof-of-Work to Proof-of-Stake

In order to address these issues, Buterin has developed a comprehensive roadmap for Ethereum (until 2020), which includes periodic updates to the crypto’s network. One of the main changes to Ethereum will involve transitioning from the present, energy-intensive proof-of-work (PoW) consensus protocol to the proof-of-stake (PoS) consensus algorithm.

Additionally, Ethereum’s developers will implement various network sharding techniques, and have also worked on several layer-two solutions such as Plasma and Raiden. 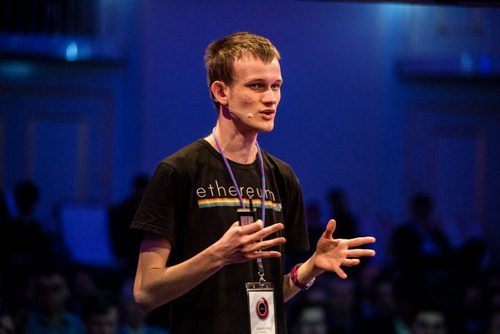 During a recent interview with CoinSpice, Buterin discussed various approaches to scaling and improving the Ethereum protocol. The founder of Bitcoin Magazine suggested the use of a “shadow chain”, which shifts the computation process off the main blockchain. However, state transition functions are being registered on-chain after every 100 blocks.

As Buterin explained, this technique allows the network to be validated in a selective manner, as the ETH node that validates a block must guarantee its authenticity with their Ether deposits. If the validator does not perform their task properly, then their funds are burned (destroyed).

Buterin referred to this method as the “interactive computation game” approach.

zk-STARKS May Be Added in Future Updates

Another option being considered is called Zero-Knowledge Scalable Transparent ARguments of Knowledge (zk-STARKS). As noted by Buterin, zk-STARKS allows network data to be validated without having to disclose the data (contents) itself.

“And we could do marginal things to increase its scalability but it’s still relatively expensive and so there’s other strategy you could consider. To do some short-term things is basically to just use these second-tier blockchains as extra data layers.”