While the crypto markets limp into the final week of 2018, down over $700 billion since the start of the year, some optimism is brewing for the industry in 2019 and beyond. 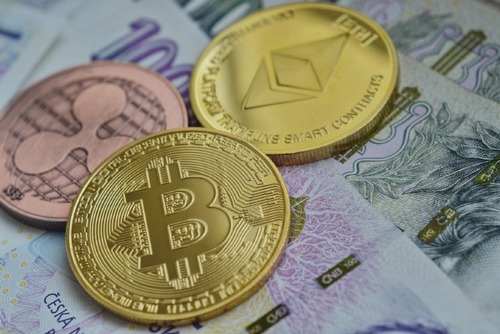 In November, the number one coin by market capitalization Bitcoin experienced its worth month of price drop since August 2011, bringing the bear market full circle as most altcoins are still reeling from 90 percent or more losses throughout the year. In response to the crashing crypto market and the fall of Bitcoin, billionaire investor and long time cryptocurrency bull Mike Novogratz held a conference call to give his opinion on the industry and the stat of his investment firm Galaxy Digital Holdings.

Novogratz, in his usual candid manner, did not hold back on indicting what has transpired for crypto valuation over the last twelve months,

“It’s been a horrible bear market in tokens. There’s plenty of reason to be depressed.”

However, Novogratz also highlighted his belief that crypto would make a turn in 2019 and beyond, as adoption for both blockchain and the token model gains legitimacy in sectors like finance and gaming,

“I fundamentally think you’re going to see big adaption in 2019, 2020. Lots of the items in the digital world, the e-gaming space, are low value items so I think people will be more comfortable participating in blockchain.”

More recently, news out of social media giant Facebook has it that the company is developing a stablecoin for its Whatsapp messaging platform, with an emphasis on targeting the largely untapped digital payment space of India. With over 2 billion active users, Facebook has the potential to not only push cryptocurrency into the spotlight, but catalyze interest in sectors that have so far been reluctant to invest in blockchain despite otherwise benefiting.

However, as pointed out by the BitMex CEO Arthur Hayes, the current fad of stablecoins could pave the way to renewed interest in Ethereum. Despite falling to the third position by market cap, just behind XRP, Ether is poised for a renewal in pricing and use if the ICO landscape makes a return.

“Once there are new issues, then Ether will rebound aggressively. When the ICO market returns, Ether will quickly test $200. The timing of the ICO rebirth is 12 to 18 months out”

The fast profits of 2017 brought about more than a fair share of bad actors to the industry of ICOs, with most projects being focused on turning a quick buck as opposed to building a working product. The negativity towards Initial Coin Offerings has been colored throughout 2018 with countless stories of fraud and outright theft, dampening the once exciting development. With the market pruning that has occurred throughout 2018, the ICO industry could find legitimacy once again next year and into 2020, particularly by the crypto buzz stirred up when Facebook releases its stablecoin.

XRP, the second coin by capitalization, is likewise positioned for a big 2019. Ironically, the coin is ending the year in a similar state to where it was a year ago: lots of investor excitement mediated by exchange development. In 2017, the price of XRP skyrocketed in anticipation of a Coinbase listing that never materialized. Now, XRP has been noted as a potential coin of interest for Coinbase. However, in even bigger news for the currency, the world’s leading exchange Binance has announced plans to integrate XRP as a base pair for trading.

While the news has less immediate potential for the price of XRP, the long-term ramifications for having a currency that is transaction oriented and capable of handling the scale that crippled Bitcoin’s network earlier in the year–with miniscule fees and transfer times–could provide a boom for the coin well into next year. With Facebook driving interest in stablecoins, XRP is still in position as a currency of choice for fintech and banking, with several large partnerships already established.

Covert Operations and Drama, Claiming to be Satoshi