Ripple, Cryptocurrency–While Ripple is no longer the sole arbitrator of the XRP currency, the company has managed to find relevance in the cryptocurrency space in addition to being a primary driver for the shape of the industry. 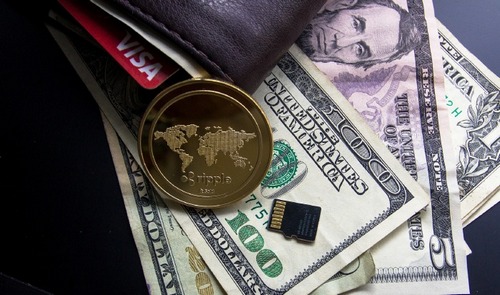 Last week came the announcement of a new partnership with PNC using Ripple’s ledger-based software, a system that would provide international money transfer for a fraction of the current time and cost need to do so. While the particular program chosen for cross-border transactions by PNC does not involve the direct use of XRP for liquidity, the partnership does provide a strong marker of adoption for the overall field of cryptocurrency and blockchain. PNC represents one of the largest banks in the United States with over 2400 branches in 19 states, in addition to holding a 22 percent stake in the trillion-dollar investment firm BlackRock. Despite the lack of XRP being used directly in transactions, the currency saw a double-digit price appreciation in the days following the announcement, no doubt related to the growing recognition for both Ripple and the uses of cryptocurrency in fintech. Ripple was also careful to include XRP in the discussion of growing bank adoption, stating that the process of converting to banks to cryptocurrency for improved transactions required a nuanced and stepping stone approach–with the ultimate goal of moving towards use of XRP directly.

While Ripple has been no stranger to acts of philanthropy and spreading the more positive virtues of cryptocurrency, Thursday saw the announcement of yet another charitable project being spearheaded by the company. Called “Ripple for Good,” the new program involves a $105 million venture for education and financial inclusion projects, with $25 million coming directly from the blockchain startup company and the rest being raised via donations. Education is paramount in the areas Ripple is looking to affect with the new charity fund, particularly the fields of math, technology and science with an additional emphasis on financial technology (fintech).

As other cryptocurrency projects and members of the industry look for ways to grow their products financially, which has often involved the short-sighted pursuit of exchange listings and other esoteric features, Ripple continually finds a way to spearhead the evolution of the entire crypto landscape. By emphasizing education in a charitable manner, Ripple is signifying to the broader public that cryptocurrency is not one of scarcity or greed, and that the accumulated riches of a booming industry are going to poured back into the foundations of society. Contrary to the typical image of cryptocurrency, which has either been painted with the criminality surrounding online narcotic purchases and The Silk Road scandal, or via the incessant overnight millionaires being purported by mainstream financial outlets during 2017’s end of year bull run, Ripple is creating a new perception for crypto.

As if all of that were not enough, the company has also found a proactive approach for handling its relationship with XRP. Ripple may be the primary holder of XRP (with 60 billion coins locked in escrow) and undoubtedly has a hand in the direction of the currency’s adoption, but has managed to regain trust from the cryptocurrency community through its effort to decentralize the coin as much as possible. Ripple has managed to elevate the virtues of cryptocurrency, with decentralization being a necessity, without outright abandoning XRP. If anything, the company’s actions have helped the currency thrive over the last several weeks despite 2018’s catastrophic downturn in cryptocurrency valuation.