Modern economies run on a different kind of ‘Power’ than the medieval kingdoms. Today, power is derived from coal, petroleum, and biofuels instead of the King’s exalted office. The economies that ensure a steady and sufficient supply of energy for their citizens and governmental machinery are the ones that have Energy Security. Today, Energy Security is Power. If the medieval barbaric civilizations were going to war over land and food, their modern counterparts are going to war for energy security. 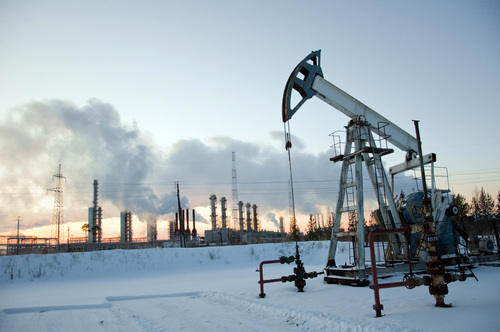 According to the International Energy Agency, energy is produced from seven primary sources. The contribution of each source is provided in the diagram below, arranged according to year.

As we can see, the contribution of primary and secondary oil is asymmetrically large and continues to grow. Also, the second largest source, coal, stamps the authoritative position that convention fuels have on the production of power and achievement of Energy Security. The production of energy is concentrated in different jurisdictions and its production, processing, and sale is governed by geopolitics and diplomacy. For example, the oil-rich Gulf region has created a trading bloc named OPEC that spells out the production quota, the sale price, and trading partners of the bloc. With a production value of two and a half times of its energy demands, the OPEC bloc is the world’s most energy secure region.

The American oil shock of the 1970s was a result of the OPEC countries refusing to sell oil to the United States of America. If the economy of a country of the stature of the United States of America can be thrown into disarray due to the policies of a single trading bloc, it can be estimated how other smaller countries can be arm-twisted and blackmailed into complying to the demands of the energy-producing states. Similarly, Russia dominates the CIS nations and dictates several of their governmental policies because:

Iran is a major energy producer and its chief export is oil. Due to political tensions between the US and Iran, trade sanctions on Iranian exports were ratified and Iranian oil was suddenly off the shelves. This pressure tactic led to three major consequences:

The Solution – A Blockchain Ledger for Energy Security

To devise a solution, we must first understand the problems at the micro level as well. Energy production, processing, and delivery are divided into two key groups of processes:

The upstream processes are more uniform and are generally managed by one company which implements a uniform policy that it can evaluate with boots on the ground. Its major concern is extraction efficiency which requires innovation in technology instead of management.

The scope of the downstream processes is more varied and employs several groups of actors spread out over vast geographies. The management of this supply chain which begins at the source as the extracted product and ends up as energy at the consumer’s home/office is tedious, expensive, and opaque. Owing to its vast operational scope and lack of a uniform auditable ledger, the Blockchain-fit for the Energy industry lies in downstream processes.

Based on these conditions, a solution can be derived that addresses all of the above problems in a transparent, neutral, universal, and consensus-based manner.

A Solution for Energy Security must:

The benefits of such a solution will be numerous and are as follows:

Implementation of the Solution

From the blockchain-based solutions that have braved the crowdfunding route, or, are about to enter it, a key theme seems to appear that favors renewable energy as the silver bullet that slays the werewolf that is, climate change. There is no denying that climate change is real and is marching on to us like silent death. However, the energy security of entire countries is dependent on conventional sources of energy such as firewood and coal.

While this number is decreasing, it is not fast enough to warrant the yanking of the band-aid. The pie chart shows that a whopping 65% of the total electricity production worldwide carried out by conventional means. Despite the various climate change conventions such as the Kyoto Protocol and the Paris Protocol, this percentage is still a majority.

From a cryptocurrency market-focused perspective, the word on the ground is that the investors will return only when we start coming out with security tokens. It appears that the utopia of the utility tokens has gone out of fashion. In 2018, $8.3 billion was raised by ICOs, an unprecedented amount, and yet, most of them failed miserably post-ICO.

The failure of ICOs in 2018 has further dented the confidence of the investors regarding the durability of utility tokens. Security tokens, on the other hand, are the new favorite child of the crypto community. The number of security token offerings (STOs) is rising steadily since the recent pronouncements of the SEC of the USA. While Regulation A+ exemptions were being considered as the favored route for fund-raising, it had a notable pitfall – You could raise funds from accredited investors only. The next poster-boy is expected to be Regulation S exemption which allows companies to raise funds from foreign investors and can sell their tokens on an exchange post a lock-in period. Regulation S is a “safe harbor” that defines when an offering of securities is deemed to be executed in another country and therefore not be subject to the registration requirement under section 5 of the 1933 Act.

Just as thousands ICOs and their thousands of utility tokens found their way to the dead coins list because the market was not ready for them (or that they were outright scams) has taught us a valuable lesson – Be the disruptor. But follow the conventional rules first. This is also the wisdom of Warren Buffet – “Watch what everyone else is doing, then invest in the opposite direction.” Thus, the expectations from the security token offerings are high given their adherence to compliance requirements of the regulatory bodies such as the SEC, the MAS, and the SEBI etc.

It is prophesized that World War III will be fought over water. However, looking at the geopolitical conditions and the frequent incursions, battles, and wars over oil have all but certified that the next world war is already ongoing, it’s just that it is decentralized. It has multiple nodes (battlegrounds), has a consensus mechanism (the United Nations), and most importantly, is conducted over a distributed network by people with hidden identities.

Energy Security entails the supply of uninterrupted supply of power. While the production continues to outstrip demand year after year, it is the unwieldy supply chain and its highly valuable value chain that prevents direct communication between producers, sellers, and buyers. The use of independent ledgers by these actors is the chief roadblock to the management of the global operations of the power industry. It is this mismanagement that Blockchain can address and rectify to free up energy products stuck in transit and bring about global Energy Security.