The announcement – revealed as part of Overstock’s second-quarter results – was paired with a separate disclosure revealing that Hong Kong-based equity firm GSR Capital has agreed to invest as much as $400 million in both tZero and Overstock. TZero said earlier this week that it had completed its token sale, though the firm originally had set a goal of raising $250 million through the offering. 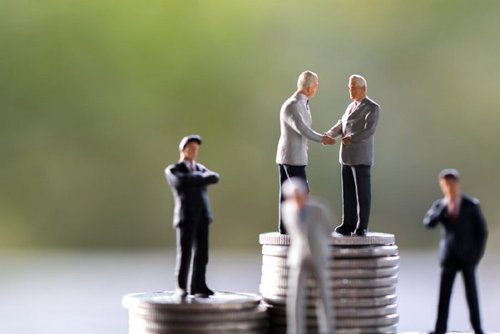 During an earnings call, CEO Patrick Byrne reiterated a previous claim that tZero received $100 million in commitments when it first opened its token sale, saying “we did the very best we could … eventually we went to Asia. In Asia it was quite different. The first three people we met … all said ‘we’d take $60 million’ but it proved extremely difficult to get money out of Asia for many different reasons.”

“That’s what slowed things down so much,” he said, referencing multiple extensions to the company’s token sale.

Specifically, the deal would see GSR acquiring up to $270 million in tZero equity – at a valuation of $1.5 billion – as well as up to roughly $104 million in Overstock shares. As well, GSR has agreed to buy $30 million worth of tZero Security Tokens from Overstock, according to statements.

Overstock first announced GSR’s intention to purchase equity in the firm in June 2018, according to a press release. At the time, Overstock said GSR would purchase $160 million in tZero security tokens.

The company said that it ended its sale “raising $134 million in aggregate consideration,” adding that “this sum includes $30 million from repayment of intercompany debt between tZero and Overstock.”

GSR is purchasing the same security tokens from Overstock that Overstock bought from tZero as part of “a repurchase agreement,” according to Thursday’s press release.

CEO Patrick Byrne said that the funding would help support tZero efforts, particularly when accounting for the amount kicked in by GSR.

“When GSR completes its planned investments, we should have over half-a-billion dollars,” Byrne wrote in a statement Thursday. “We believe this will provide ample capitalization with which to build a company that can upend global capital markets.”

Editor’s note: This article has been updated with statements from an Overstock earnings call. Brady Dale contributed reporting to this story. CoinDesk is monitoring this developing story.