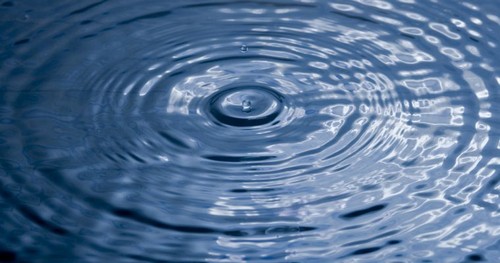 Get Trading Recommendations and Read Analysis on Hacked.com for just $39 per month.

Ripple, the cryptocurrency that was designed to handle large volumes of transactions for banks and financial institutions, recently surpassed Ethereum to achieve a staggering $100 billion market cap.

However, some experts including Ryan Selkis of ConsenSys revealed that it is difficult to justify the market cap of Ripple at this phase of development and adoption, given that not many banks out of the hundreds of Ripple’s partners are actually clearing large volumes of transactions through the Ripple blockchain on a daily basis.

Earlier this week, Selkis noted that one source of a major bank working with Ripple disclosed the lack of transaction volumes on the Ripple blockchain network, and how the Ripple token XRP is not being used for all of the transactions.

“Per a source at one of the major banks re XRP: ‘I know of no banks that are a) using it, or b) would touch it in any way as it is controlled by a SV company and 20% of all XRP in existence were taken by the founders.’” the source of Selkis said.

“The product that Ripple are offering to banks is simply a point-to-point messaging tool with some smart cryptography underneath to ensure that transactions are atomic. The liquidity model used is the same as correspondent banking.  Some banks will have deep pools of liquidity available to terminate payments. Ripple’s approach with XRP has been to get it listed on a bunch of exchanges and “infer’ but never explicitly say that banks are using it for settlement.”

Currently, more than 90 banks in Japan and South Korea alone have partnered with Ripple and its joint venture with leading Japanese bank SBI Holdings to integrate the blockchain technology of Ripple. But, the banks are set to process real volumes of transactions in 2018, that is assuming that the pilot tests will be conducted seamlessly in the new few months.

An important aspect of the Ripple blockchain network to consider is that it is not processing sufficient volumes of transactions to justify its market valuation. The current market cap of RIpple is based on its potential and total addressable market (TAM). But, if the same measurement is used to place a valuation on bitcoin, given that bitcoin is targeting a $40 trillion market in offshore banking, $8 trillion market in gold, and $50 trillion in global reserve currencies, the market cap of bitcoin could be in the trillions.

Earlier this year, Ripple had processed $180 million in payments for Swedish bank SEB, which utilized the Ripple network to settle payments for its high profile clients. In June, CCN reported that Ripple established a system with which banks can settle near instantaneous payments between Japan and Thailand.

“In this case, Ripple was impressive in concept and turned out to be more so in practice. Furthermore, we can expect to have more favorable foreign exchange opportunities as Ripple’s network expands,” SBI Remit director Nobuo Ando said at the time.

Evidently, Ripple is providing innovative solutions to the outdated and highly inefficient banking systems of leading financial institutions and is operating like Swift 2.0. Ripple is also processing more transactions than most of the cryptocurrencies in the market.

But, analysts believe that the current market valuation of RIpple is an overestimation of its operations.