According to a report by local newspaper The Daily Star on Sept. 9, the Bangladesh Telecommunication Regulatory Commission approved the phone for import in August and it will be available on the Bangladeshi market in October. 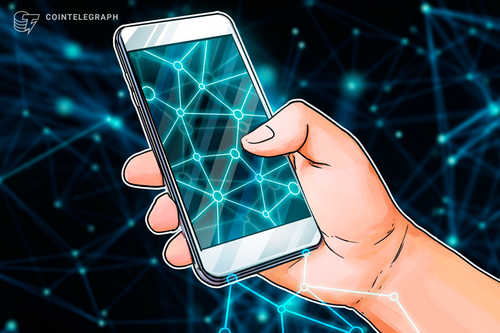 Finney, the world’s purportedly first blockchain-enabled smartphone, will soon be available for purchase in Bangladesh.

Finney’s launch in Bangladesh comes amid a trend of growing smartphone ownership in the country. According to a 2018 report from global research firm GSMA Intelligence, by 2025, 75% of the population (138 million) will have smartphones, while 41% (73 million) will be mobile internet subscribers.

Per GSMA, the increasingly urbanized population has been buying more smartphones as cheaper devices come to market, and in this regard, Finney’s price is more comparable with high-end phones available in Bangladesh. Finney debuted last year with a cost of $999, while the Samsung Galaxy S10 is available on local phone market MobileDokan for 74,900 taka ($894).

Sirin Labs’ co-founder and co-CEO Moshe Hogeg said that Finney – which is manufactured by electronics giant Foxconn Technology Group – brings multiple facets of blockchain and crypto into one device:

Last month, the Bangladeshi government decided to use money from its $208 million IT project fund to send graduates for blockchain training in Japan and India. The government plans to send 100 new IT graduates abroad to improve expertise in the fields of distributed ledger technology, artificial intelligence, machine learning and cybersecurity.

Arnault was reported to be a co-founder of Abesix by Belgian business publication De Tijd on Aug. 28. Subsequently after the publication of the article, De Tijd posted an update that Arnault has formally denied the report.

According to information acquired by De Tijd, young Brussels entrepreneur Emmanuel Wouters is also involved in the founding of Abesix. Abesix itself declined to disclose more information on the matter to De Tijd.

LVMH is not new to blockchain

Arnault, 70, whose estimated net worth reportedly accounts for $96.6 billion at press time, according to the Bloomberg Billionaires Index, is CEO of the world’s largest luxury-goods company Louis Vuitton SE, commonly referred to as LVMH.

France’s richest man is not new to blockchain technology though. As first reported in March 2019, LVMH teamed up with major blockchain firm ConsenSys and Microsoft Azure to develop a blockchain platform for tracking its products. The new blockchain product, Aura, is scheduled to initially go live with two major LVMH subsidiaries, Louis Vuitton and Parfums Christian Dior.

$3k Possible for Ethereum in the Month of May. Ethereum’s ongoing…

Ethereum Aims for new ATHs as Options and Futures Expire…

Tesla sold 10 percent of its bitcoins. Cause of concern for cryptocurrency investors?

Gemini Exchange to Issue Its Own Credit Card for Cryptocurrency Cashbacks

Users of the large cryptocurrency exchange Gemini will soon get…

Iranian government will use mined cryptocurrency to fight economic sanctions

Iran continues to explore the potential use of cryptocurrencies as…