According to the report, Boeing has not officially confirmed the news.

On Hedera’s council, each member runs its own node via hashgraph – a patented algorithm claiming to provide basic benefits of blockchain such as decentralization and security, without major blockchain-associated drawbacks such as low scalability.

As soon as Hedera network’s open access launches in September, the council members will also be able to use the Hedera Consensus Service, which allows them to plug private networks into the public network in order to benefit from its transaction ordering system, the report notes. Hedera plans to include up to 39 members on its governing council.

The news comes amid Hedera’s announcement of plans to launch open access to its mainnet beta on Sept. 16, which will include testing of three services, including cryptocurrency, smart contracts and file services. As claimed by Hedera, crypto transactions on the network will be limited at 10,000 per second while file services will be capped at 10 operations per second.

Meanwhile, Boeing, one of the largest global aerospace manufacturers and the fifth largest defense contractor in the world, is not new to blockchain technology. In July 2018, Boeing partnered with artificial intelligence firm SparkCognition to develop pilotless vehicles and other products using blockchain. In 2016, Boeing applied for a patent for on-board backup and anti-spoofing GPS, using blockchain. 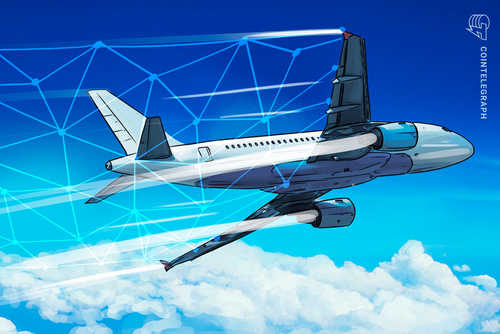 According to a report published on Sept. 26, executive vice-president for global media at Unilever Luis Di Como told advertisement news outlet Campaign that using blockchain has helped the company save money.

The consumer packaged goods giant said there was no leakage in its media investments made as part of the pilot project. The system reportedly allows for more efficient ad reconciliation in a “process by which advertisers ensure contracted agreements are actually delivered.”

Unilever has been collaborating with computing giant IBM on the project in question for the past 18 months. It is estimated that Unilever saved two to three percent using the blockchain platform.

Unilever to scale up blockchain program

Following the test, Unilever wants to scale the system and create a consortium with ad software firm Mediaocean. Di Como commented on the development:

“This is not going for the latest shiny tool. … We are going through our rules and our principles to build trust again and having full transparency across all of our operations. It is not a cost-cutting exercise. … It’s about finding better ways of doing things and releasing capacity to invest more in strategy, communications and media investment.”

As Cointelegraph reported, IBM iX has first partnered with software supplier Mediaocean to launch a blockchain-powered tracker for digital media transactions in June.