The global economy is not looking so good and it could get worse due to the ongoing industry lockdowns and stay-at-home orders worldwide. Despite the overly exaggerated graphs and charts showing the predicted mortality rate, the surge toward healthcare in the United States never really materialized. Medical professionals have been speaking out against the lockdowns and stay-at-home orders, but government officials across the nation have been too slow.

The global economy has been feeling the hardships from the mandated lockdowns various nation states have implemented during the last month and a half. Oil prices have dropped below zero for the first time in history, and economic powerhouses like the U.S. are starting to show cracks in the system. Despite the souring economy, a number of analysts and economists predict that bitcoin and the crypto economy will rise triumphantly and bring a new class of millionaires.

The industry shutdowns in the U.S. have threatened the American economy, as close to 27 million citizens are out of work. Some estimates say that the unemployment rate in the U.S. is between 20-45% to date. Unemployment and shut down businesses across the nation are devastating the U.S. supply chain, causing mass disruption for truckers. While Wall Street and private banks like Blackrock were given hundreds of billions from the Federal Reserve, America’s truckers were left out of the stimulus proposal.

The current state of the U.S. supply chain and the number of food shortage headlines is astounding and critical to supply and demand. Zoom in for a closer look at the links.

The U.S. supply chain’s grinding slowdown has caused the food industry and farmers in America to have significant shortages and dump massive waste. The lockdown and stay-at-home orders are threatening U.S. pork suppliers, packing plants are closing shop, the commercial fishing industry is in a freefall, beef and cattle farmers are seeing shortages, wheat shortages are expected, dairy farmers are dumping milk, the clean and bottled water industry is threatened, and many more stories are sweeping the nation describing the supply chain and farm industry under immense pressure.

“In economics, hyperinflation is very high and typically accelerating inflation. It quickly erodes the real value of the local currency, as the prices of all goods increase. This causes people to minimize their holdings in that currency,” explains Wikipedia’s definition of hyperinflation.

With the supply chain feeling the economic hardships, it clearly has made it worse on the purchasing power of the U.S. dollar. Prices on food and necessities are starting to rise and with the petro-dollar crushed, many Americans fear hyperinflation could take the country by storm. The U.S. beef suppliers are already dealing with inflation and a price-gouging war. Moreover, the food shortages are not just in the U.S., as a myriad of countries are experiencing supply chain closures and limited food supplies.

The looming economic depression has invoked a lot of macroeconomists and market strategists to predict what kinds of assets will be a hedge against hyperinflation and rising prices on goods like food. Of course, barter and trade will likely rule the roost, but many believe that the safe-haven asset gold will be far more valuable than it is today as well.

A few analysts think that the crypto economy, which is valued at $225 billion today, will be another safe haven asset that will benefit those trying to escape the financial storm. More recently, since the Covid-19 outbreak, observers have said that this is the time for BTC to shine and there are headlines calling Bitcoin “the story of the next decade.” Global Macro Investor CEO Raoul Pal expects bitcoin to be $1 million within the next five years. Another recent report says that after the block reward halving, “a new class of bitcoin millionaires may emerge.”

The CEO of the cannabis business Juicyfields, Alan Glanse thinks the BTC economy will see “substantial market growth,” around 2-3 months after the halving. The stimulus packages have invoked a number of economists to believe that BTC will be fueled by hyperinflation and macroeconomic hardships. The CEO of the firm Coinzoom, Todd Crossland believes the stimulus from the Federal Reserve will bolster a “bull case” for the cryptocurrency.

“While I applaud and support the government in taking the most aggressive measures in providing stimulus for the economy, just the magnitude of the stimulus and printing of dollars, and the accompanying debt gives me a reason to pause. The stimulus will come with inflation and subsequently pressure on the value of the dollar. In my opinion, this paints another bull case for bitcoin and digital assets,” Crossland said on April 27.

Bitcoin Could Capture 3-5% of the Gold Market

Glanse, Crossland, and Pal are not the only ones who see BTC experiencing a parabolic phase during the economic shift. The well known firm Rothko Research, a think tank that shares frequent analysis and updates on the current global macro themes, believes bitcoin could easily capture 3-5% of the global gold market ($9-10 trillion). During the last economic rout a decade ago, many people predicted that double-digit inflation would cause gold to skyrocket Rothko said, but that forecast never materialized. Despite the last financial fallout’s outcome, Rothko thinks “this time is different” especially with the “combination of both monetary and fiscal stimuli will be inflationary in the medium term.” Rothko Researchers state:

We saw that gold has already been trending higher against all currencies, and we do expect the trend to start in the crypto market as well. In fact, we think that Bitcoin will eventually capture 3 to 5 percent of the gold market share in the medium to long term. With approximately 190K tons of gold available above ground, the total market cap of gold is USD 10.5 trillion (for a spot price of $1,730 per ounce). Hence, with the total number of mined bitcoins at 18.3 million, a 3 to 5 percent of the total gold market cap would price a unit of Bitcoin between $17,240 and $28,740.

Bitcoin Is ‘The Greatest Wealth Transfer of Our Lifetime’

This bullish belief has been the case for years for those who have always believed in bitcoin’s attributes. In November of 2019, the bitcoin proponent Rhythm Trader (RT) wrote that society is witnessing the “greatest wealth transfer” of our lifetime. RT describes how Millennials don’t trust financial institutions and banks these days. He mentions a recent survey from Etoro that says Millennials trust “cryptocurrency as an asset-at least, more than they do the stock market run by traditional Wall Street.”

When it comes down to this “Great Wealth Transfer” of Boomers to Millennials, we know one thing for sure, Bitcoin is positioned as a vehicle for the storage of newly acquired wealth. Millennials have demonstrated a strong trend of embracing the digital age with open arms while at the same time turning their backs towards the traditional financial system.

No one is certain that bitcoin will definitely rise to $20K, $100K, or even $1 million, but a decent number of crypto proponents are very optimistic it will happen. So far, the crypto economy has performed extremely well and has outshined gold and nearly every stock and commodity under the sun, despite the downturn on March 12. Although, not every analyst has the hopium most BTC supporters have today, as the well known financial trader Peter Brandt has told his 344,000 Twitter followers that BTC could drop below $1K per unit. Brandt has also said that the BTC halving is “grossly overrated in another tweet to his followers.

“[The] Bitcoin halving = Grossly overrated,” Brandt said. “The daily trading volume of BTC = the real supply of BTC [and] the daily reduction of mined BTCs (NEW supply) equals approximately 2/100th of 1% of real supply. Reduction of new supply [because] of the halving as % of real supply = chump change,” the analyst added.

Disclaimer: This article is for informational purposes only. It is not an offer or solicitation of an offer to buy or sell, or a recommendation, endorsement, or sponsorship of any products, services, or companies. 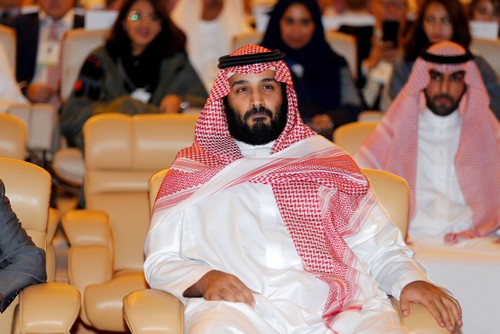 Venture Capitalists Have Invested Over $200M in Stablecoins

A new agreement on crypto and AML?