Fungibility is a topic that cryptocurrency enthusiasts have discussed at length. The term “fungible” originally refers to the fungibility of gold. Any gold coin is exactly like any other. Fiat money works in the same fashion: Anyone who borrows $1 USD can pay their debt with a different $1 USD bill and it will not matter because they are exactly the same, except for their issue number, which doesn’t mean a lot to the average user. There are fungible coins and tokens, but fungibility is not necessarily absolute. Any one Bitcoin should be exactly like any other, but due to the fact that you can follow its transaction history on the blockchain – something you cannot do with that $1 USD bill – users might be inclined to treat some coins differently according to their transaction history. 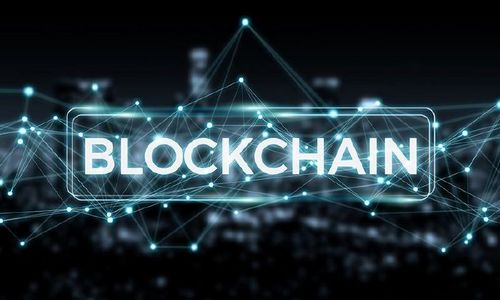 Is Fungibility an Advantage or a Disadvantage?

Up until now this is, arguably, not a big issue, although a lack of fungibility is perceived by many as a weakness in the system. But what if we could turn the lack of fungibility into a positive aspect? Fungible tokens on Ethereum are programmed through the ERC20 token standard. Non-fungible tokens – NFT – on the other hand, are unique. Every NFT is one of a kind, giving them special value, turning them into collectibles of sorts.

The first non-fungible token to ever hit the market was Crypto Kitties. Somebody wondered what they could do to make trading on the blockchain more approachable to the masses and came up with a game where each non-fungible token – programmed using the ERC721 token standard – was accompanied by a picture of a unique and adorable cartoon cat. These collectible cartoon cats soon caused a bottleneck in the Ethereum network when they became so popular that transactions started peaking. The craze over Crypto Kitties sparked the rise of crypto-collectibles. So much so that Vault launched a special wallet for crypto-collectibles that is now available on the Apple app store.

Which Kinds of Non-Fungible Tokens are There?

The supply of crypto-collectibles has grown rapidly, and it includes a variety of tokens. CryptoGarden for example, offers plants made by very talented artists, which gives the token additional value for collectors. There are CryptoCrystals, that allow users to breed “sentient metals” into new cartoon characters. With CryptoJingles users can “breed” a sound. The developers of CryptoJingles thought that most of the crypto-collectibles out there involved breeding some kind of cute avatar and they wanted to see what else could be tokenized. CryptoJingles are snippets of music that can be mixed together to create new, one of a kind melodies. Finally, there are CryptoTitties, a play on the word Crypto Kitties, except the avatars for this one are female and male identified breasts.

What is the Future of NFTs?

The future of NFTs depends on the demand there is for them. Many could become digital versions of Beanie Babies. Others could become as important as baseball cards. Those that succeed might even be bought and sold through auctions in a not so distant future.

NFTs can also change the world of physical collectibles and have more practical use cases that are crucial for the economy. A painting or a signed hockey jersey could be backed by a blockchain certificate for its ownership, in other words, an NFT. ERC-721 can be used for software titles or software licenses to guarantee anti-piracy, privacy and transferability. The biggest area for experimentation with NFTs is gaming, where unique assets acquired during gameplay, like skins, can be represented as non-fungible tokens. In the meantime, we can keep on breeding kitties and playing around with the next crypto-novelty on the Ethereum blockchain.

Computer science student and cryptocurrency enthusiast. I have been following the Bitcoin revolution from 2015.

Bitcoin Slightly Retraces to $6500 after Decent Rally, Ripple Gains Another 5%