The firm Swissquote Bank SA has announced the launch of a new cryptocurrency based exchange-traded product called ‘bitcoin certificates.’ The certificates will be Swissquote’s first actively managed fund that’s tethered to digital assets and cash.

Swissquote Group Believes Investors of All Profiles Should Have Bitcoin Exposure

Swissquote Group Holding SA is a firm that was created in 1996 and specializes in financial management and online trading services. The company is headquartered in Switzerland but also has locations in Hong Kong, London, Malta, Dubai, Zurich, and Bern. Swissquote Group’s bitcoin certificates will be traded on the SIX Swiss trading platform alongside the company’s public shares. The exchange-traded certificates will be called, ‘SQXBTQ,’ and the fund will utilize algorithm based machine learning, and a quantitative investment team that claims to continually follow bitcoin price trends.

“Investors of all profiles should be able to benefit from the boom in digital currencies. This is why we are launching the first dynamically-managed bitcoin certificate listed on the Swiss exchange,” explains the financial management firm.

Limit your risk exposure by investing in the certificate on the SIX Swiss Exchange and benefit from healthy potential gains.

Partnering With Bitstamp and Taming Volatility 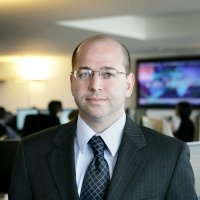 The Swiss financial services provider has been interested in cryptocurrencies and what bitcoin has to offer for quite some time. Just recently news.Bitcoin.com reported on Swissquote partnering with the European cryptocurrency exchange Bitstamp this past summer. At the time, this move had enabled Swissquote to offer bitcoin exposure to over 200,000 private and institutional investors. The newly launched bitcoin certificate portfolios will be composed of at least 60% bitcoins with the balance left in USD. The banking firm told Bloomberg that it holds the crypto and uses dollars as a volatility buffer. “The exposure is limited to bitcoin and cash, minus a 1.5 percent management fee and trading costs,” Swissquote details.

Swissquote’s head of market strategy Peter Rosenstreich says mainstream investors are very interested in bitcoin, but its price fluctuations scare them away.

“Investors are excited about the cryptocurrency but are unnerved by its volatility,” Rosenstreich notes. “So we tried to build a trading algorithm that’s a protection against downside risks.”

Swissquote’s bitcoin-based financial product joins the legions of exchange-traded crypto-funds entering the world’s economy. These types of funds and products have been growing popular as their Net Asset Values (NAV) have basically followed bitcoin’s exponential gains. More traditional investment vehicles are planned for bitcoin by a slew of companies planning to create crypto-based exchange-traded funds (ETF) and futures markets.