South Korea’s Financial Regulator Does Not Plan on Regulating Cryptocurrencies 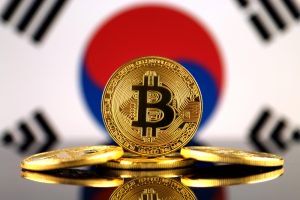 The Governor of South Korea’s Financial Supervisory Service (FSS), Mr. Choe Hueng-sik, has indicated that the FSS does not consider bitcoin and other digital tokens to comprise legitimate currency, and as such, will not regulate the cryptocurrency markets.

The governor likened the FSS’s stance to its regulatory position regarding casinos, stating “It is the same with the fact that we don’t regulate or supervise casinos. Though there could be concerns on excessive gambling, that does not provide grounds for the FSS to control casino practices.”

The governor indicated that the FSS’s position would change only if cryptocurrencies were to become a legitimately recognized currency, stating “Though we are monitoring the practice of cryptocurrency trading, we don’t have plans right now to directly supervise exchanges. Supervision will come only after the legal recognition of digital tokens as a legitimate currency.”

Reserve Bank of Zimbabwe States Bitcoin “Is Not Actually Legal”

Norman Mataruka, the Reserve Bank of Zimbabwe’s (RBZ) director and registrar of banking institutions, has told reporters that bitcoin is not legal. Mr. Mataruka stated:

“In terms of the bitcoin, as far as we are concerned, it is not actually legal. In Southern Africa, what we have done as regulators, we have said that we will not allow this in our markets… Research is currently being undertaken to ascertain the challenges and risks associated with these particular products and until we have actually established and come up with a legal and regulatory framework for them, it will not be allowed.”

The announcement comes shortly after the resignation of Robert Mugabe, following a coup that ousted Zimbabwe’s former leader of 37 years. In recent months, increasing coverage has been given to the inflated price of bitcoin in the African nation, with high demand for the cryptocurrency being driven by Zimbabwe’s prevailing currency crisis.

Although Mr. Mataruka failed to clarify if he meant that the possession and use of bitcoin was illegal, or simply that bitcoin does not comprise a legally recognized currency in the state of Zimbabwe, it is unlikely that the RBZ can spare the resources required to attempt to uphold prohibitive cryptocurrency regulations given Zimbabwe’s current political turmoil. 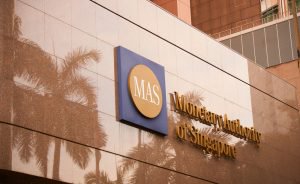 The Monetary Authority of Singapore (MAS), has launched its second public consultation regarding a newly proposed regulatory framework, the “Payment Services Bill”. The bill seeks to “streamline the regulation of payment services under a single legislation,” and “expand the scope of regulated payment activities to include virtual currency services and other innovations, and calibrate regulation according to the risks posed by these activities.” The MAS stated:

“When the new Bill is enacted, payment firms will only need to hold one license under a single regulatory framework to conduct any or all of the specified payment activities. Only payment activities that face customers or merchants, process funds or acquire transactions, and pose relevant regulatory concerns will need to be licensed. The new framework will expand the scope of regulation to include domestic money transfers… merchant acquisition… and the purchase and sale of virtual currencies… To help ensure that the expanded scope of regulation is not onerous, the Bill will differentiate regulatory requirements according to the risks that specific payment activities pose rather than apply a uniform set of regulations on all payment service providers… The Bill will empower MAS to regulate payment services for money-laundering and terrorism financing risks.”

Mr. Ravi Menon, the managing director of the MAS, stated: “We want to put in place a forward-looking regulatory regime to encourage wider adoption of secure e-payment solutions.” The public consultation will run from 21 November 2017 to 8 January 2018.

Blockchain is the New Cool, Fidelity Channels $2.5 Billion to Research