Bitfinex’s Giancarlo Devasini and Philip Potter has been named in the Paradise Papers – an enormous data leak identifying over 120,000 companies and individuals who have employed the services of offshore service providers operating in ‘tax havens’. The leaked documents contain evidence that Giancarlo Devasini and Philip Potter established Tether in the British Virgin Islands already back in 2014. 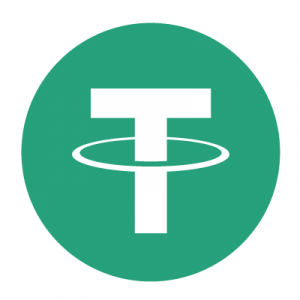 Bitfinex’s Giancarlo Devasini and Philip Potter have been identified in the recent Paradise Papers leak. Italian media outlet, Nuova Societa, describes the leak as revealing “specialized companies to carry capital in tax jurisdictions other than their country of origin.”

The leak saw the release of approximately 13.4 million files which were leaked to the German newspaper Suddeutsche Zeitung, before being forwarded to the International Consortium of Investigative Journalists (ICJC). The Paradise Papers comprises the second largest data leak in history, second only to the Panama Papers leak of 2016.

The leak details the documents of offshore service providers, Appleby and Asiaciti Trust, and the company registers of 19 tax havens. Among the companies named in the Paradise Papers are Facebook, Twitter, Apple, Disney, Uber, Nike, Walmart, and McDonald’s. The individuals identified in the leak include high ranking officials from Kenya, Liberia, Ukraine, Jordan, Nigeria, Lithuania, Greece, Brazil, Indonesia, Uganda, and Kazakhstan, Queen Elizabeth II, and Bono.

The operations of Tether, Bitfinex, and Mr. Devasini have come under increased scrutiny recently – owing to a significant proliferation in the number of Tether in supply since Bitfinex lost its associated banking earlier this year. In response to accusations that Bitfinex has inflated the supply of Tether in order to remain solvent, the company recently posted a tweet stating “Bitfinex is solvent and both fiat and crypto withdrawals are functioning as normal,” and that “a formal announcement is forthcoming.” The following day, Tether announced that approximately $31 million USDT had been “removed from the Tether Treasury wallet on November 19. 2017,” resulting in a hard fork to isolate the hacked funds.

Mr. Potter and Mr. Devasini Have Long Sought to Distance Tether and Bitfinex, Stating That Such Are Separate Entities

The Paradise Papers evidence that Mr. Potter is Tether’s director, and states that Mr. Devasini is a shareholder in the company, in addition to illustrating that the pair established Tether in the British Virgin Islands in 2014. A recently leaked document, however, indicates that Mr. Davasini and Tether chief executive officer, Ludovicus Jan Van Der Velde, are the current directors of the Tether. Mr. Van Der Velde is also the chief executive officer of Bitfinex.

Philip Potter, Bitfinex’s chief strategy officer, worked for Morgan Stanley in the 1990s, but was fired from the company after Mr. Potter was featured in a 1997 New York Times article that portrayed him as shallow and materialistic. Little is known of Mr. Devasini’s background, other than that he founded a computer hardware company during the 1990’s. Mr. Devasini was fined 100 million Italian lira in 1996 for selling pirated copies of Microsoft software.