The Nigerian Deposit Insurance Corporation (NDIC) has warned Nigerians that they will not be afforded consumer protections when trading virtual currencies. NDIC representatives also reaffirmed that the Nigeria’s monetary regulators are unable to exert influence over the cryptocurrency markets.

Mohammed Umar, the director of research, policy and international relations at the NDIC, has outlined the risks it perceives are associated with trading cryptocurrencies, in addition to emphasizing that regulators do not provide insurance covering the risks associated with trading virtual currencies not issued by the Central Bank of Nigeria (CBN).

Speaking at an annual workshop for finance correspondents on “financial disruption of digital currency and it’s consequences on the banking and deposit insurance system,” Mr. Umar struck a firm tone, stating “The financial regulatory authorities are not playing catch up on the digital currency race in Nigeria. There is no country in the world that allows its citizens to use digital currencies as money not issued by the central bank. No central bank will accept digital currency as a substitute for its national currency or part of its monetary system, when it is not able to control it. Nigerians must understand that adequate notice has been issued by all financial sector regulatory authorities, namely Central Bank of Nigeria, CBN and Nigerian Deposit Insurance Corporation, NDIC, to warn Nigerians who want to trade in bitcoins as gamblers.”

Mr. Umar also stated that an inter-agency committee including representatives from the NDIC, Ministry of Justice, Nigeria Police, Department State Security, Economic and Financial Crimes Commission, and other state institutions, has been established to monitor and ”sanitize the system.” Mr. Umar concluded by stating “If you can buy a bitcoin, nobody will stop you. It is at your own risk. A bitcoin is not covered by the CBN rules, and NDIC will not insure it. We have consistently warned Nigerians that anyone who trades in bitcoin does so at his own risk.”

Speaking at the workshop, the Deputy Director of Research, Policy and International Relations (RPIR) of the NDIC, Dr. Sabo Katata, likened cryptocurrency trading to gambling. Dr. Katata stated “Digital currency is for gamblers.  If you want to invest in bitcoins you can go ahead, for that is what you are. If you want to buy bitcoins you can, but your are doing so at your own risk. The regulators will not come and protect you.”

Dr. Katata presented a paper entitled “Financial Disruption of Digital Currency and it’s Consequences on the Banking System and Deposit Insurance System” during the event, emphasizing many of the risks associated with the virtual currency markets. His colleague, the Director of the RPIR, Mr. Mohammed Umar Yayangida, also spoke at the event, stressing the lack of power that the NDIC and the Central Bank of Nigeria have with regards to exercising control over cryptocurrencies.

Mr’s Yayangida’s remarks echo those made earlier this year by the Deputy Director of the Central Bank of Nigeria’s Banking and Payments System, Mr. Musa Itopa-Jimoh. Speaking at a breakfast meeting organized by the Chartered Institute of Bankers in Nigeria, Mr. Musa Itopa-Jimoh emphasized the limited influence that the Central Bank of Nigeria can exert over the cryptocurrency markets, stating “Central bank cannot control or regulate bitcoin. Central bank cannot control or regulate blockchain. Just the same way no one is going to control or regulate the Internet. We don’t own it.” 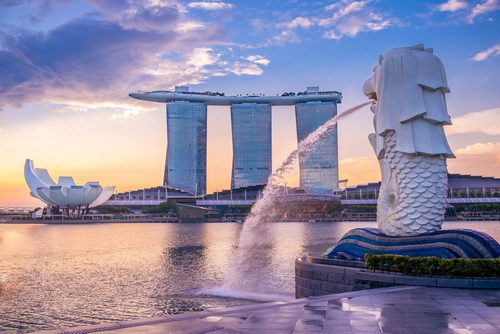 Public Firm Becomes First to Launch an ICO in Singapore

NASA, committed to lunar exploration, is shutting down a moon rover mission