Focus on the Use of Virtual Currencies (Mise au point au sujet de l’utilisation des monnaies virtuelles), published by a division of Morocco’s Ministry of Finance, has declared, “The Office des Changes wishes to inform the general public that the transactions via virtual currencies constitute an infringement of the exchange regulations, liable to penalties and fines provided for by [existing laws] in force.”

news.Bitcoin.com caught up with Bellaj Badr, CTO of Mchain and a blockchain consultant based in Marrakech, the country’s economic hub. “Although this decision comes as no surprise, I am very disappointed by this ban which harms the country’s image in Africa and worldwide,” Mr. Badr laments.

Government regulators issued stiff threats aimed at bitcoiners and cryptocurrency enthusiasts in the region, stating: “The Office des Changes exhorts the people concerned to comply with the provisions of the Exchange Regulations which stipulate that financial transactions with foreign countries must be made via authorized intermediaries and with foreign currencies listed by Bank Al-Maghrib,” the release scorned.

Channeling Orwell, the missive concludes, “The Office des Changes in collaboration with Bank Al-Maghrib and the Professional Group of Banks of Morocco follow with interest the evolution of virtual currencies in Morocco.”

Mr. Badr is incredulous. He told news.Bitcoin.com, “In fact, we are henceforth counted among the few countries which are illegalizing bitcoin and limiting people’s freedom.” 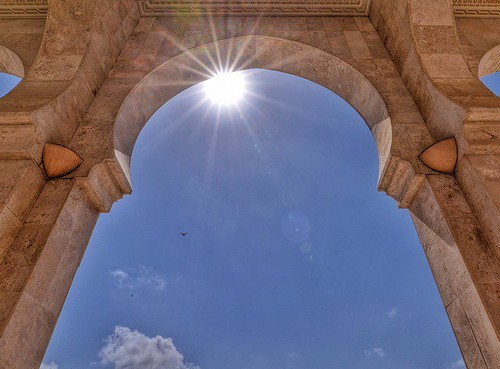 Middle East Online reports Morocco to be a country “where foreign exchange flows are tightly controlled,” and “Local media outlets have estimated that virtual payments worth around $200,000 (170,000 euros) pass through Morocco each day, although an exact figure is extremely difficult to verify.”

“The announcement came a week after Moroccan digital services company MTDS said it would accept payment in bitcoin,” they detail. “MTDS said it was the first time the regulator had taken a clear position on bitcoin payments.”

The company’s head, Karl Stanzik, said it canceled the project shortly after the press release, wishing to “comply with Moroccan law,” and noted a bitcoin ban would be “very difficult to control.”

Mr. Badr agrees. “I think such decision is inculcated and nonconstructive, as it will not harm the growing adoption of bitcoin in Moroccan society but instead it will harm the ongoing innovative project aiming to harness the blockchain technology,” he said. “I am confident that this decision will change with time when the authorities understand the benefits they can reap from these technologies,” he predicted.