As cryptomania has swept the world in 2017, the influx of new users has caused bottlenecks at major exchanges. From server outages to lack of customer support, recurrent issues have tormented users, many of whom have taken to social media to vent their frustrations. In a Reddit post on November 20, Kraken CEO Jesse Powell apologized for the site’s issues, which he attributed to “record demand”. 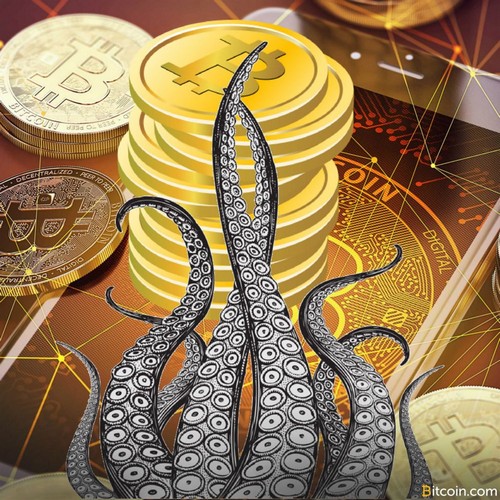 While no bitcoin exchange is immune from criticism, traders have reserved particular ire for Kraken in recent months. The US-based exchange, which boasts the world’s largest BTC/EUR trading, averages total volume of $250 million a day, placing it in the top ten global exchanges. Like many of the other exchanges on that list, Kraken has struggled to keep pace with rising demand for cryptocurrencies.

For all the talk of decentralized exchanges, atomic swaps, and P2P trading, centralized exchanges still form the bulk of the on- and off-ramps to bitcoin. As a consequence, users are largely at their mercy. When chokepoints occur, frustration spills over, forcing overworked customer support teams to fend off barbed complaints on Twitter, Telegram and elsewhere.

Exchanges are at Peak Capacity

crash cost them millions of dollars. In the US, meanwhile, Coinbase have been adding 100,000 users a day, and other exchanges have also reported explosive growth. In response to yet another Reddit thread complaining about the state of affairs at Kraken, CEO Jesse Powell waded into the debate. After conceding that the platform has “seen better days”, he promised a major upgrade in early December.

The reason why Kraken has been so sluggish? Powell cites “Jevons paradox” – the notion that when technological advancement increases demand for a resource, its rate of consumption rises rapidly due to growing demand. Bitcoin is a victim of its own success in other words. He went on to say:

We certainly haven’t abandoned the exchange and we do care about making improvements. We had a nice roadmap for building our fancy new ship, which was blown up by the recent explosion of growth. Rather than be able to dedicate our efforts to the new platform, we’ve had to split efforts with water bailing and fire extinguishing.

One thing that Kraken’s CEO is evidently proud of is the site’s security; he boasted of its impeccable track record which is “unfortunately, more than can be said for others”. His comments arrived on the same day that Tether announced a £30 million hack, over and above the $72 million that its partner exchange Bitfinex lost last year. Kraken is one of the exchanges that has been affected by the Tether incident, announcing earlier that it is freezing USDT while a hard fork is implemented to remove the stolen funds from circulation.

Be the Change You Want to See in the World

Powell concludes by suggesting that if individuals would like to help alleviate the problems Kraken is experiencing, they’re more than welcome to apply for one of the job vacancies currently listed on the site. There are around two dozen positions going at the San Francisco exchange, including numerous compliance and customer support roles. Impatient customers, eager to jump on the bitcoin bandwagon, are often forced to wait in line at exchanges while overworked staff process a backlog of KYC requests.

Despite the increasing liquidity and size of the bitcoin market, it’s still vulnerable to exchange-related issues. The Tether hack, which is just a drop in the bucket when compared to bitcoin’s $137 billion market cap, caused the cryptocurrency to plummet below $8,000 before later recovering. Until exchanges can develop the infrastructure and human resources to match demand, delays, outages, and spotty customer support are likely to remain the norm.