This week the Openbazaar developer, Chris Pacia, got the bitcoin cash (BCH) community excited about the possibility of using ‘Colored Coin’ technology with the BCH protocol. The idea initially came from the Bitcoin Unlimited (BU) developer, Andrew Stone, this past October, but Pacia delves a bit further into the idea of a layer of digital assets created on the bitcoin cash blockchain.

Colored Coins May See a Revival

The concept of Colored Coins working for bitcoin was once a vivid dream for many within the community. Although, the idea has lost its sparkle over the past two years, there are still a few efforts working on this technology. Colored Coins are basically attachments of metadata that give different attributes to the crypto-based funds being exchanged. The added data comes from the bitcoin protocol’s scripting language that effectively changes the funds into ‘representative tokens.’ This ‘coloring’ method running on top of a blockchain can make these tokens represent real-world things like securities, gold, stocks, bonds, real estate, and everything else under the sun.

The concept of colored coins or decentralized asset management. Colored coins can represent any type of asset.

A Few Colored Coin Concepts and Another Idea

One method of coloring coins is called, ‘Open Assets,’ a scheme that relies on the protocol’s OP_RETURN operator. Another idea that tethers data to transactions was created by the organization, Colu. The technology created by Colu offers an implementation that employs bitcoin’s OP_RETURN field. Further, there is another procedure called EPOBC or ‘color kernels’ which encode color values associated with bitcoin’s transaction outputs. Back in October, BU developer Andrew Stone described in great detail all of the above methods and explained that color coins could be useful on the bitcoin cash network. Additionally, Stone has a different idea of coloring coins for the BCH chain.

“The ability to create representative tokens within the Bitcoin Cash blockchain, if done properly, could allow the tokens to take advantage of all of Bitcoin’s basic features (permissionless, trustless, no 3rd party, pseudo-anonymity, etc.), all of the scripting features, and the nearly frictionless exchange of the representative token with Bitcoin Cash and other tokens,” explains Stone.

Stone explains he would like to propose a new implementation of colored coins for Bitcoin Cash. “One that can be implemented by adding a single opcode to clients, and has advantages compared to existing proposals,” explains the developer. “The fundamental ‘killer app’ advantage of this proposal compared to others is that it allows SPV wallets (phone wallets) to handle representative tokens using the same security model and mechanism as SPV wallets handle Bitcoin today.” 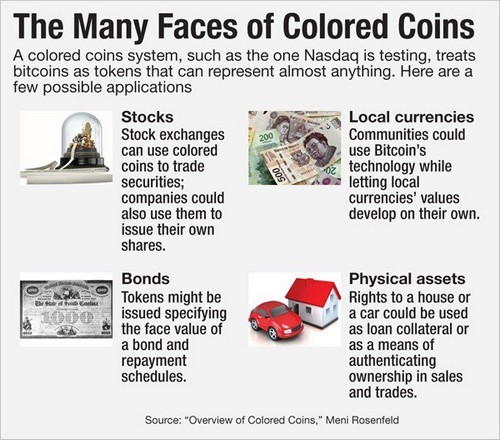 Following Stone’s proposal on November 22, the developer Chris Pacia wrote a post on the Yours Network that provides “a plain English explanation of his proposal.” Pacia explains the method through written code alongside an explanation of the process. The Openbazaar developer explains the only incorporated requirement the Bitcoin Cash protocol would need is when a transaction has a colored input, an equally valued colored output must be added as well.

“The only two exceptions to this rule would be the Mint and Burn (uncolor) transactions,” Pacia details. He further explains the process of minting and burning colored assets alongside how someone could create a fixed supply.

“This is a pretty interesting proposal. I know some people will say ‘why not just use ethereum?’ – Sure, that works – But if you’re already building an app which uses Bitcoin Cash for payments it would be a royal pain to also have to bundle an Ethereum node with your app just to get access to a token.”

This protocol gives you a fairly lightweight way of using a token in your app and does so with fairly negligible overhead on the Bitcoin Cash network. Is it worth doing? I think it might be.