On Monday November 20, the cryptocurrency-based hardware wallet manufacturer, Satoshi Labs, revealed that the Bitcoin Gold (BTG) network is now accessible through the Trezor beta wallet. Further, the BTG development team has recently revealed that the wallet “mybtgwallet” may be a scam, alongside information on the team’s premine endowment process. 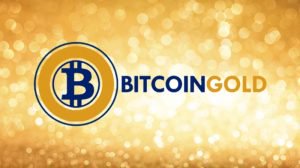 The forked cryptocurrency bitcoin gold is having an interesting week as market liquidity is starting to hit exchanges. BTG markets have increased 100 percent in the past 24 hours jumping from $150 per token to $275 on November 21. The day before the Prague-based Satoshi Labs, the makers of Trezor, revealed they would enable BTG retrieval for customers within the wallet’s beta client. Trezor’s blog gives a step-by-step process on BTG claiming, just as it did when bitcoin cash forked this past August. Users are required to use the firm’s beta wallet and upgrade their firmware to 1.6.0.

“For the time being, your Bitcoin Gold wallet will only be accessible from the Trezor beta Wallet,” explains the company.

Bitcoin Gold is not Bitcoin – It merely uses bitcoin’s history similarly to the case of Bitcoin Cash – This process will not affect your Bitcoin wallet at all.

Removing an Alleged Fraudulent Wallet from the BTG Homepage

In addition to getting BTG support from Satoshi Labs this week, the development team has revealed a wallet called “mybtgwallet” may be fraudulent and removed the wallet from their homepage. The development team says they are investigating the situation and the team is working with security experts covering the issue.

“When we receive verifiable reports that a website or app is a problem, we removed it from our site,” explains the BTG development team.

Preliminary investigations indicated that at least some of the claims of theft by the mybtgwallet site are reliable – Like all third-party sites, that site was not in our control, but we immediately removed it from our pages and the team is working with security experts to get to the bottom of this issue – It appears the mybtgwallet online wallet site was modified by unknown parties long after it was originally published. 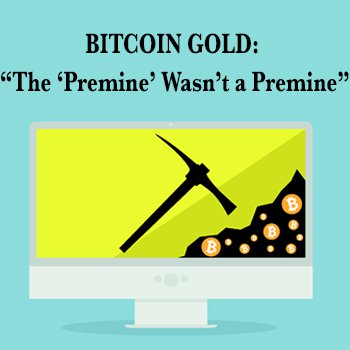 Lastly, the BTG development team has also addressed the controversial bitcoin gold premine this week. The founding developers say that the premine is not like traditional instamine processes that most teams utilize and that it shouldn’t even be considered a ‘premine.’ The “premine” wasn’t a pre-mine,” says the BTG team.

Bitcoin gold was replicated from the bitcoin (BTC) blockchain at block height 491407, and at that point there were 16.5M BTG in existence, explains the organization.

A true premine is when the makers of coin start a new blockchain with a genesis block and do private mining to accumulate a number of coins, and only then make mining public for others earn coin rewards. With that approach, the makers obviously start out with a huge proportion of the initial coin supply – 100%! That would have been a serious problem.

In addition to describing what they believe is a ‘fair premine,’ the BTG team claims 95 percent of the coins are locked up in an endowment. Some (35%) will possibly be available for use immediately, and 60% was locked up for the future. The core development team has gathered 5% of the BTG premine to cover initial infrastructure costs.

The BTG team concludes by saying that if there is anyone who is technically proficient enough to verify the development team’s time-locked premine wallets, they can validate the procedure here and here.