Another ‘Big Four’ firm joins the bitcoin revolution as the auditing corporation Pricewaterhousecooper’s (PwC) Hong Kong office accepted a payment in bitcoin according to the Wall Street Journal. The accountancy corporation follows the lead of the Deloitte and Ernst & Young (EY) offices that have already started accepting bitcoin for financial services.

PwC is a well-known auditing firm that offers multinational financial services with offices all around the globe. The company is currently the second largest ‘Big Four’ auditing company in the world and has held this record for the past seven years. This week the Wall Street Journal reports that the company’s Hong Kong office has accepted bitcoin as a payment for consultancy services. PwC has been interested in digital currency solutions and blockchain technology for the past three years. The accountancy firm’s Asia-Pacific chairman, Raymund Chao, says the move is a milestone for the company.

“It is also an indication that bitcoin and other established cryptocurrencies have now developed into more broadly accepted forms of settlement,” explains Chao.

PwC Follows the Other ‘Big Four’ Firms That Have Embraced Bitcoin

The company is a touch behind its competitors as both Deloitte and EY have offices that accept the cryptocurrency and bitcoin ATMs as well. For instance, at Deloitte’s Toronto office the company installed a bitcoin ATM in the lobby and the company uses it to show clients. Deloitte’s Iliana Oris Valiente told news.Bitcoin.com back in September of 2016 that “using bitcoin is vital to understanding the blockchain.” Then in November the firm EY announced its Switzerland branch was accepting bitcoin for financial management services, and also installed an ATM in the main building. The other ‘Big Four’ firm KPMG has not moved towards the cryptocurrency bitcoin just yet, but has been involved with blockchain research.

PwC joining in on the bitcoin fun is no surprise as the company has applauded the benefits of cryptocurrency for quite some time.

In fact, in our view, cryptocurrency represents the beginning of a new phase of technology-driven markets that have the potential to disrupt conventional market strategies, longstanding business practices, and established regulatory perspectives – all to the benefit of consumers and broader macroeconomic efficiency. 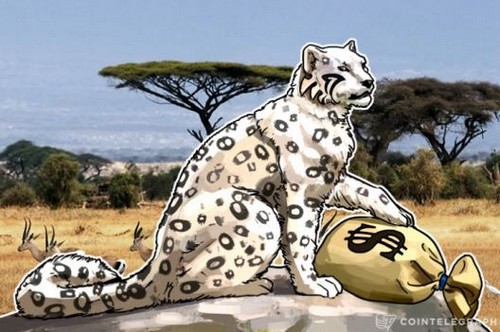