This week the Kingdom of Thailand announced its major regulators would team up in order to better educate its people about the world’s most popular cryptocurrency, bitcoin, openly worrying it might be a Ponzi scheme. This comes after its central bank issued reminders the digital asset was not legal tender. And so The Year of Bitcoin extends globally as Thailand’s always-bustling tourism industry, its attempt to grapple with financial technology (fintech) through regulations, and an unbanked population looking for a better life make the country fertile ground for crypto.

The Kingdom of Thailand has a motor. The Southeast Asian, largely Buddhist nation of nearly 70 million people, along what appears to be borders drawn to resemble a squeezed water balloon, is the only country in its region to have never been colonized. It also has quietly racked up a GDP placing it in the world’s top twenty economies.

Among its government’s stated policy desires is to become a fintech hub in the region. They’re keenly aware of carefully balancing regulation to the Goldilocks rule: not too much, not too little. As these pages reported, its executive branch ordered the central bank summer of this year to study the growing phenomenon of cryptocurrencies. The government openly stated wishing to act more like its prosperous neighbor Japan in this regard. 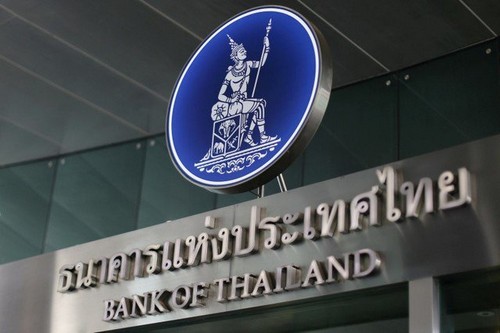 By fall, reported here, the Kingdom’s Securities and Exchange Commission sought public comment and guidance to help deal with initial coin offerings, again under the auspice of not choking out innovation but with an eye toward protecting its citizens from scams. In spring, these pages also noted a key to driving Thailand’s fintech boom is from necessity: the country relies on tourism for a healthy chunk of its revenue. And tourists bring with them expectations for relatively frictionless payment systems, such as credit cards. They’re also bringing new ideas like bitcoin.

By summer, even with a central bank less than enthusiastic, conferences promoting mining, merchants accepting crypto as payment, and international exchanges popping up, have lead the media to use phrasing such as “bitcoin bug” and “catches fire” to describe the country’s enthusiasm. 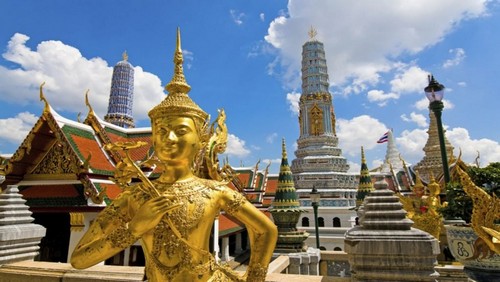 Bangkok Post reports Somchai Sujjapongse, from the Kingdom’s Finance Ministry, “will join with other authorities to educate people about bitcoin.” His comments were made at a meeting with the country’s Anti-Money Laundering Office, Securities and Exchange Commission, and the Bank of Thailand – all at the urging of Prime Minister Prayut Chan-o-cha. He reportedly wants to “educate people about the risks of bitcoin investment after the recent sharp surge in bitcoin’s trading value prompted him to worry that Thais would fall victim to cryptocurrency speculation.”

Only last week, Bank of Thailand governor Veerathai Santiprabhob reminded bitcoin is still not legal tender in the country, though the central bank is not offering to regulate the growing industry just yet, an unusually restrained position.

Exchange volumes from the country have followed world trends, and Thais are eager to participate. “There are 37 bitcoin brokers in Thailand registered on LocalBitcoins, some with more than 1,000 bitcoins in assets. Prices for bitcoin are about 13% higher in Thailand than in the US, a sign of high demand for this cryptocurrency,” local media claim. There’s only one bitcoin ATM, and two larger exchanges are implementing know-your-customer constraints such as uploading pictures from passports.

Where Thais seem to be trading mostly is in the comparatively easy Localbitcoins exchange, as identification requirements aren’t as burdensome. This is especially important in a country where less than four in ten adults are formally banked, limiting their access to capital and credit in traditional ways. In such a cash-heavy economy, meetings organized such as Satoshi Square in Bangkok can be a lifeline to the world of investing, even if somewhat unorthodox. “My girlfriend knows about it because of me,” a group member is quoted, “and she is super interested because it makes sense and is all on the computer. People these days spend their lives on laptops and mobile phones,” he explained.

What are your thoughts on Thailand’s bitcoin efforts? Let us know in the comments section below.

Need to know the price of bitcoin? Check this chart.