Crypto-focused social network Yours.org, which enables contributors to earn bitcoin cash for creating content, is poised to ramp up its operations after securing $1.5 million. The Series A funding, courtesy of mining specialists Bitmain and Nchain, will aid the site’s operators in their mission to educate the masses about cryptocurrency and use it in their daily lives.

Yours.org, the brainchild of prominent bitcoiner Ryan X Charles, has been one of the most successful sites to have adopted bitcoin cash since the decentralized currency was launched last summer. Elements of news blogs and social networks such as Steemit have been harnessed to create a clean and minimalist portal for sharing internet humor, fiction, art, and cryptocurrency news. The site has been flourishing, with strong weekly growth and an enthusiastic community who cherish the ability to monetize and reward strong content.

Long-time cryptocurrency enthusiasts can fondly recall the first purchase they made with crypto. In most cases, it will have been bitcoin, and, regardless of whether the transaction took place on the dark web or the clearnet, the sensation of experiencing P2P digital cash in action is transformative; life-affirming even. Yet many crypto newcomers, who got in during the digital gold rush of 2017, have yet to savor that feel. Many newbs know only what it is like to buy, hoard, and hodl. But it doesn’t need to be that way, just as it didn’t used to be that way.

Bitcoin core has passed the point of being usable for micro-transactions – for now at least – but bitcoin cash is helping to fill that void. Announcing news of the funding that will help secure the site’s future, Yours.org CEO Ryan X Charles wrote:

Anyone anywhere can start earning money for the things they love to do. The potential to change the way social media works and to improve the quality of content on the internet is enormous. 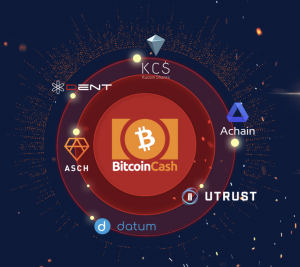 Bitmain’s Jihan Wu also spoke fondly of Yours.org and the work it has done to date in making cryptocurrency spendable in small amounts on the web. The capital that Bitmain and Nchain have provided will help the San Francisco-based Yours.org recruit more engineers as it targets an aggressive growth strategy.

The site forms one of the best online use cases for spending bitcoin cash, which continues to go from strength to strength. This week Kucoin exchange launched bitcoin cash trading pairs. Users will now be able to trade KCS, ACT, DAT, XAS, UTK, and DENT using BCH. Coupled with stories such as the success of the Bitcoin Cash Tippr bot, they’re evidence that BCH is proving to be much more than just a store of value.

Do you think cryptocurrency should be usable for day to day transactions, or is it best as a store of wealth? Let us know in the comments section below.

Keep track of the bitcoin exchange rate in real-time.

Ripple and xRapid Praised by the World Bank in Recent Article